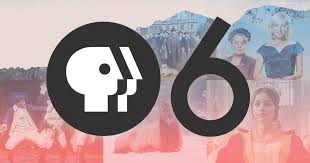 KUAT-TV branded as PBS 6 is a PBS station owned by Arizona Board of Regents that is operated by University of Arizona. The station is headquartered in Arizona public Media facilities housed in Modern Languages building. The transmitter is installed on Mount Bigelow. Launched on March 8, 1959, KUAS-TV is a fulltime broadcast relay station that serves northwest Tucson and communities inhabiting west of Mount Lemmon. The transmitter of the satellite is located on Tumamoc Hill. An LP translator K20GG-D also throws the broadcasts of KUAT in Duncan. Like other North America based television services the audio feed of the channel could be heard on 87.75 FM until March 31, 2009.

The first public television service in Arizona went on air on March 8, 1959 and was affiliated with National Educational Television (NET) which was replaced by PBS in 1970. Like other services present in Mount Bigelow tower farm KUAT was hardly accessible in northwest Tucson and the areas west of Mount Lemmon. The situation remained unchanged until the arrival of cable TV in Tucson in 1970s. In order to tackle the issue University of Arizona activated its second non-commercial license for Tucson to launch rebroadcaster KUAS on UHF Ch 27. It received construction permit on July 25, 1985 and went on air under PTA on July 22, 1988 and was finally licensed on Dec 20, 1988.

The Aspen fire halted the operations of KUAT in July 2003, the channel along with its satellite went off air. The stations were handed new construction permits to build digital facilities while license was updated on June 5, 2003. The license for full facilities was granted on Sep 23, 2004.

The programs aired by the station as a member of Public Broadcasting Service include PBS NewsHour, Masterpiece, Antiques Roadshow, Frontline and Washington Week. Arizona Illustrated a weekly newsmagazine with in-depth analysis on local public affairs and The Desert Speaks, an Emmy Award-winning natural history and travel series are in the in-house productions of KUAT. A Spanish-language newsmagazine Reflexiones Domingo broadcasted on Sunday Mornings is also included in the lineups. The additional programming comes from two digital sub-channels KUAT World and KUAT Kids which emphasize on educational, entertainment and non-fictional programming for kids. You can watch the station online. Here is the website: https://www.azpm.org/