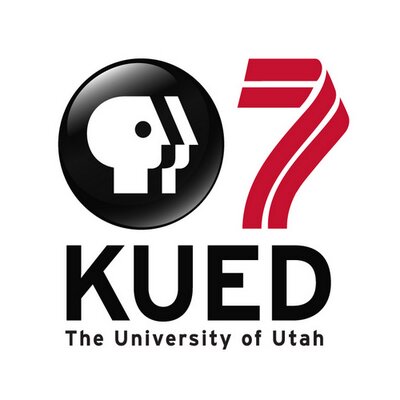 KUED owned by University of Utah and established on Jan 20, 1958 is a PBS member station licensed to Salt Lake City, Utah, US. The studios of the channel are maintained at Eccles Broadcast Center on Wasatch Drive in the northeastern section of Salt Lake City while transmitter is fixed atop Farnsworth Peak in the Oquirrh Mountains, Southwest of Salt Lake City. The channel holds a large network of broadcast translators that throw its signal through Utah.

Before July 2018, KUED was one of the two member channels broadcasting in Utah. KBYU being the other in Provo under the ownership of Brigham Young University. KBYU dropped the PBS content on June 30, 2018 in favor of its own BYUtv service thus leaving KUED as only PBS-linked outlet in the Utah.

KUED went on air on Jan 20, 1958 with the broadcast of The Friendly Giant episode. It aired from improvised studios in the basement used by old student union building in the University of Utah. Primitive equipment, very short staff and a transmitter donated by Time-Life Inc., was all it got to make its humble beginnings. Time-Life owned KTVT. Additionally, it received a $100,000 grant from the Ford Foundation to sign on air. The earlier produced educational programs consisted nothing more than a teacher and chalk board. About half of the content produced by KUED was produced locally with the remainder coming form National Educational Television: NET. PBS succeeded the National Educational Television in 1970 and thus programming was changed to educational and entertainment. On June 12, 2009, it changed its signal to digital however, the digital transmission was available on its pre-transition UHF slot.