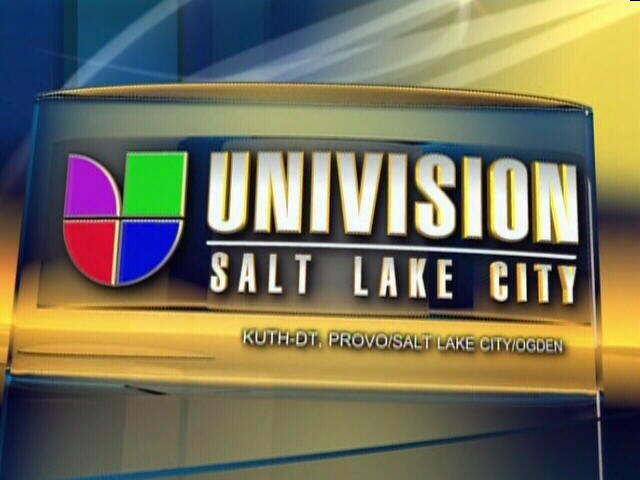 KUTH-DT is a Univision O&O channel operating in Salt Lake City, Utah and licensed to Provo. Owned by Univision Local Media subsidiary of Univision Communications, the studios of the digital channel are located on West Amelia Earhart Drive in the northwestern section on Salt Lake City with transmitter installed in West of Orem atop Lake Mountains.

KCBU went on air on April 17, 2003 as an independent service under the ownership of Cocola Broadcasting. Univision acquired the channel in Oct 2004 and signed an outsourcing agreement with Equity Broadcasting. It then exchanged calls and affiliations with KUTH which would become KUTF. Following the sale of Univision last shares to Equity Broadcasting in 2007, KUTH’s release to Equity couldn’t complete and was retained by Univision. The company intended to acquire KUTF to create a duopoly with KUTH but ended its plans when Newport Television announced the sale of its Salt Lake City duopoly to High Plains Broadcasting. Under Equity, the channel was run from Equity’s master control facility at the company’s headquarters in Little Rock, Arkansas. The management of the company ended in June 2009 when KUTH-DT underwent digital transition.

KUTH’s operations were taken over by Univision and the channel now has a construction permit to relocate its transmitter to Farnsworth Peak in the Oquirrh Mountains west of Salt Lake City. Once shifted the channel would boost its signal to the Salt Lake City metro for better coverage of the area also serving the points along Wasatch Front. It made digital transition in 2009 and added suffix to its calls. Newscasts of the Univision channel were produced from Little Rock; however, it cancelled the news programming in June 2008 under Equity before resuming the news operations on Sep 30, 2013 as Univision took over the management and introduced 5 and 10 pm news bulletins branded Noticias 32 Salt Lake City. You can watch Univision online and follow it on Facebook and Twitter. Here is the website: www.univision32.com/