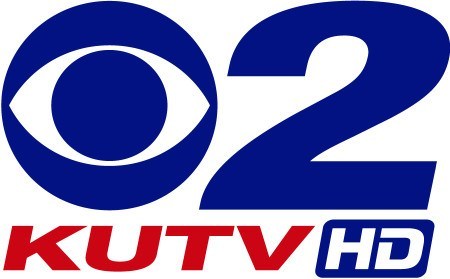 KUTV owned by Sinclair Broadcast Group is a Salt Lake City news television making triopoly it KJZZ-TV and KMYU. The three channels share studios on South Main Street in downtown Salt Lake City with transmitter installed on Farnsworth Peak in the Oquirrh Mountains, Southwest of Salt Lake City. The programming of the channel is relayed on its second digital sub-channel in HD with the southern portion to serve the pockets of Salt Lake City. It also owns a chain of broadcast translators to covert the larger Utah as well as areas of Wyoming and Nevada.

KUTV first signed on air on Sep 10, 1954 as an ABC linked service. Frank C. Carman & Associates and The Salt Lake Tribune. It originally operated form the studios located on Social Hall Avenue in downtown Salt Lake City. The studios were relocated to a new building at 2185 South 3600 West in West Valley City. NBC in 1994 acquired majority stake: 88 percent in the channel from VS& A Communications Partner.

KUTV joined CBS in Nov 1994 following a complicated deal with Westinghouse Broadcasting. CBS released its WCAU-TV in Philadelphia for KCNC, a Denver-based service and also received KUTV as a compensation. KUTV became a CBS owned service following the merger of Westinghouse Electric Corporation with CBS in 1995. The studios of the channel were once again relocated to a street-side studio at 299 Main Street in downtown Salt Lake. KUTV along six others were sold by CBS to Cerberus Capital Management on Feb 7, 2007. Cerberus structured a new holding company Four Points Media Group that took over the operations of the seven stations under LMA in June 2007. The deal was approved by FCC in mid-Nov 2007 and the deal consummated on Jan 10, 2008.

Sinclair Broadcast Group purchased KUTV on Jan 1, 2012 however, the company had already started to operated the assets of Four Points assets under LMA’s in Oct 2011. On May 8, 2017, Sinclair revealed its plans to take over Tribune Media however, the deal couldn’t be materialized due to disapproval of Federal Communications Commission in Aug 2018 and fell through.

KUTV currently broadcasts 36.5 hours of locally produced news-bulletins with 6.5 hrs on weekdays and 2 hrs each on Sat and Sun. Moreover, it also sponsors a half-hour weeknight newscast for KMYU. Syndicated programs produced by the channel include Entertainment Tonight and Family Feud. It broadcasts CBS This Morning with a delay of one-hour. You can watch KUTV online and follow it on Facebook, Twitter, YouTube and Instagram. Here is the website: https://kutv.com/