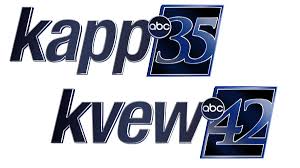 KVEW owned by Morgan Murphy is an ABC affiliated news service operating in Kennewick and serving Tri-Cities. The studios of the channel are located on North Edison Street in Kennewick with transmitter installed on Jump Off Joe Butte. It despite formally identifying itself as an independent identity in practice acts as a semi-satellite of KAPP in Yakima. KAPP’s programming is rebroadcasted during day times and the channel has its own website, commercial inserts and legal identifications. Local news-bulletins are carried by both parent and the satellite. Master Control and Internal operations of the duo are maintained at KXLY-TV offices affiliated with ABC; the facilities are located on West Boone Avenue in Spokane. KVEW is carried by Dish Network while DirecTV hosts KAPP. However, both carriers don’t’ carry either on MeTV sub-channel.

Established in Oct 1970, a month after the launch of sister KAPP, the station immediately starting serving Tri-Cities region. KEPR enjoyed ABC’s affiliation as a secondary affiliate before the launch of KVEW until 1959. For a brief period of time KNBS-TV broadcasted in Walla Walla as an ABC affiliate. It was KNDU which went on air in 1961 to become primary ABC affiliate. It started airing KXMN-LD on its digital sub-channel in Sep 2006. KVEW was one of the few stations that would sign off every night, however, this ended in 2012 when World News Now was added in the late-night lineup. After the realignment of Extra and The Insider on Sep 11, 2017, KVEW started airing local news at 6pm for the first time in almost 10 years. K14HT: Ch 14 operating in Walla Walla, Washington and K34JV-D holding a construction permit in the same are two translators of KVEW.