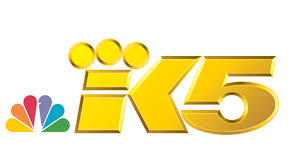 KING-TV launched on Nov 25, 1948 is an NBC affiliate station serving Seattle, Washington and Tacoma. The channel is owned by Tegna Inc. and shares duopoly with Everett-licensed KONG: Ch 16. The two sisters are located at the Home Plate Center in SoDo district of Seattle with transmitter installed in the Queen Anne neighborhood. It is one of the five Seattle stations also broadcasting in Canada via Sha Direct and Bell TV. KING can also be watched in British Columbia, Oregon and Alaska and Vancouver via cable subscription.

KING-TV went on air on Nov 25, 1948 as KRSC-TV and was the first channel in Pacific Northwest. Palmer K. Leberman’s Radio Sales Corporation was the original owner of the service. It was originally a CBS affiliate but also carried programming of DuMont, NBC and ABC as their secondary affiliate. Eights months after the channel took to air, KING Broadcasting Company acquired both KRSC-TV and its radio sister KRSC-FM. Under the new ownership calls were changed to KING-TV. King Broadcasting assets were sold to The Providence Journal Company and Belo with KING-TV coming under the ownership of latter. On Dec 23, 2013 Gannet Company purchased Belo Television properties and renamed its broadcasting arm as Tegna Inc.

KING at present broadcasts only two syndicated programs The Ellen DeGeneres Show and Dr. Phil. It relies on NBC programming during daytimes. Katie and Inside Edition were dropped by the service at the end of 2013 and were shifted to sister KONG. It currently hosts 46 hours of locally produced newscasts with seven hours on weekdays, six on Saturdays and 5 hours on Sundays. The channel started airing HD newscasts in 1999 to compete with KOMO. Initially starting with one HD camera, the channel in 2007 upgraded all of its studios and equipment for High Definition transmission. Public affairs programs also turned HD. It then claimed to be Seattle’s First HD Newscast. Margaret Larson, the host of New Day Northwest is the notable personality at KING. You can watch the station online with latest news, featured content, entertainment news and public affairs programming. Follow the station on Facebook and Twitter. Here is the website: https://www.king5.com/