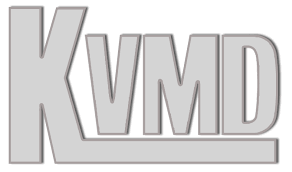 KVMD TV licensed to Twentynine Palms is a station owned by Ronald Ulloa who also owns KXLA: Channel 44. The transmitter of the station is installed at Snow Peak in San Bernardino Mountains form where it spreads in most of the area with Inland Empire. KIMG-LD and KSMV-LD are the two broadcast relay stations that operate in Ventura and Los Angeles on Ch 31 and Ch 23 respectively. It is carried across Los Angeles using different cable services and is also available on Dish Network and DirecTV. KVMD TV also uses ten digital subchannels to meet its broadcasting needs. The multilingual service provides programming for different communities in Southern California including Mandarin Vietnamese, Chinese, Armenian Spanish and of course English.

KVMD went on air on Dec 1, 1997 via analog Channel 31 to air America One programming. The signal was such weak that its reception was only possible in Twentynine Palms and Yucca Valley areas. However the carriage issues were soon resolved and it was available on many of the cable systems as well as satellite TV services that spread it across Los Angeles.

In July 2002, the digital signal of the channel premiered on Ch 23 which boosted the coverage with reach in most of the Inland Empire, Orange and San Diego counties. To support the state-initiated digital transition mandate it became the first station in United States to go digital on June 1, 2003. The station on June 1, 2008 started to broadcast ARTN Armenian programming and kept it on air until Aug 31, 2017 where after it started using Almavision content. KVMD TV on Jan 1, 2018 officially affiliated with LATV succeeding KJLA which then shifted its loyalties to Azteca América.