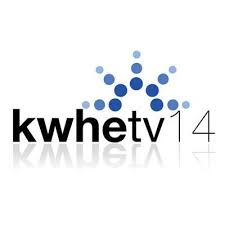 KWHE TV launched on Aug 23, 1986 is a religious station owned by Family Broadcasting Corporation. Its studios are located on Bishop Street in downtown Honolulu while transmitter is installed near Hawaii Pacific University. KWHE-TV uses satellites KWHM and KWHD to rebroadcast its signal in Wailuku and Hilo. Oceanic Spectrum and Hawaiian Telcom carry the station using channel 11 and channel 14 on cable. The calls KWHE signify World Harvest Entertainment as it is a part of the network. KWHE and KKAI out of six stations in the area are the only two religious channels operating in Honolulu that also air secular content. KKAI, KWHE, KUPU and KAAH are licensed as commercial outlets by FCC.

Since its launch on Aug 23, 1986, KWHE has hosted a mix of secular and religious programming both original and syndicated. The general entertainment content included dramas, sitcoms, and local sports events. It later expanded its reach across the islands by launching KWHD as KWHH and KWHM on Oct 1, 1989 and June 15, 1993 respectively. The station became the charter affiliate of the WB on Jan 11, 1995. Like other LeSEA assets the channel carried family-oriented programming with The WB by broadcasting programs like 7the Heaven, The Parent ‘Hood and Sister, Sister. It would also broadcast kid’s content produced by Kids’ WB. However, KWHE lost its affiliation with WB on Dec 28, 1998 as KFVE, then affiliated with UPN, replaced the station to carry entire programming of the network as a secondary affiliate. Despite having a family-friendly outlook, it was one of the three stations in the area to supply reruns of the crime drama Hawaii Five-O.

The channel by following the trends set by its siblings has started to increase its secular programming by introducing more syndicated content and off-network stuff to its lineup.

On Jan 15, 2009, KWHE-TV closed its transmission on Analog system and shifted to digital signal; it kept the original Channel 31 position for the newly adapted transmission.

Cops: Cops is a crime/legal documentary program. It entered its 31st season on June 4, 2018.

In Touch with Dr. Charles Stanley

The Gospel Truth with Andrew Wommack

Sergeant Preston of the Yukon