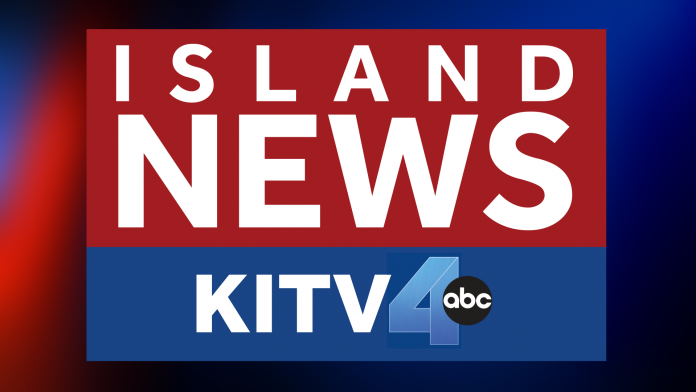 KITV is an ABC affiliate operating in Honolulu and owned by SJL Broadcasting. The station first aired on April 16, 1954 and currently broadcasts on Virtual Channel 4 and UHF Digital Channel 40. Spectrum Digital is the cable carrier of station also carried by Hawaiian Telcom. It is headquartered on South King Street in downtown Honolulu.

KHVO and KMAU are the satellites of the KITV; it also owns multiple translators installed across Hawaiian Islands.

Launched on April 16, 1954 following a series of test transmissions as KULA-TV, it played two movies in its inaugural session. Before the launch of the KULA-TV the company was thinking about KABS-TV as the official calls but changed their mind. It since its establishment has stayed as an ABC affiliate and alongside KGMB, also a CBS affiliated station, is one of the two major stations in the city. The channel positions of the two are also unchanged since their time of launch. KITV broadcasted the content of KONA until its closing in 1955.

Kaiser Broadcasting, the owner of KHVH-TV on May 7, 1958 purchased KULA but couldn’t hold it for duet to FCC rules and after receding merge the station with KULA on July 16, 1958. Kaiser changed the calls to KHVH-TV in 1959. In Dec 1964, the company sold the Channel 4 station to Western Telestations to gather funds to build a chain of independent stations in mainland United States. Western Telestations then became a subsidiary of Starr Broadcasting Company in 1973. Under Starr came the present days calls: KITV. Starr Broadcasting was acquired by Roy E. Disney-owned Shamrock Broadcasting in 1979 before selling it to Tak Communications in 1987. Upon declaring bankruptcy in 1991, the channel was transferred to a group of creditors who after keeping it for a couple of years, sold the station along with sister WGRZ-TV  to Argyle Television Holdings II.

Argyle Television Holdings II amalgamated with Hearst Corporation in 1997 to form Hearst-Argyle Television. The studios were relocated from Ala Moana Boulevard/Route 92 to South King Street. Hearst upon buying the remainder of interest in the company in mid-2009 dropped the word Argyle to change the corporate identity.