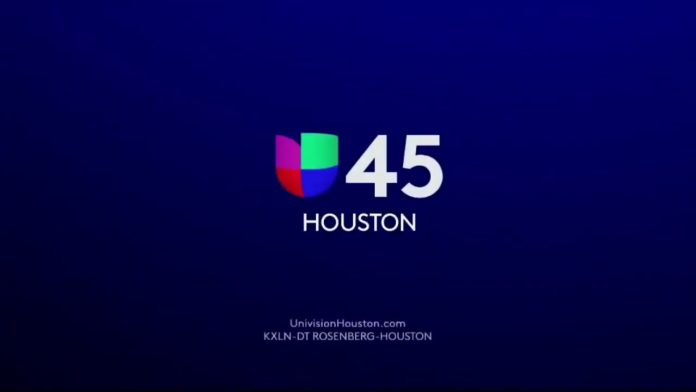 KXLN-DT owned by Univision Communications and launched on Aug 2, 1984, is a Univision O&O Spanish news channel operating in Houston, TX. It is licensed to Rosenberg and shares duopoly with Alvin-based KFTH-DT linked with UniMás. The two sisters have studios located on the Southwest Freeway on Houston’s southwest side while transmitter of the digital channel is setup near Missouri City in unincorporated area of northeaster Fort Bend County. The fifth digital sub-channel of its sister KFTH-DT is used to carry its HD simulcast from another transmitter near Missouri City.

Read More
Slogan: Siempre a tu lado: Always on Your Side

KXLN went on air on Aug 2, 1984 under the ownership of A.C. Peña and J. Adán Treviño. It was the first Spanish language news channel operating in the Houston market when it went on air on Sep 18, 1987. The channel since its inception has been linked with Univision. It upgraded its transmitter strength in Sep 1987 to provide coverage to Southeast Texas. The original studios of the channel were located Kirby Drive near Astrodome.

Univision would acquire the channel outrightly in 1993 and made a good deal of investments to upgrade and improve it overall. A number of reporters and anchors shifted to Noticiero Univision to strengthen its programming.  KHSH was bought from USA Broadcasting in 2000 by Univision and the channel became a charter affiliate of Univision’s upstart network Telefutura in Houston.

KXLN currently broadcasts 17 hours of local news-casts each week with 3 hours on weekdays and 1 hour each on Sat and Sun. Raul Peimbert is the notable anchor of the Univision affiliate. Audiences can watch Noticias, vidoes, sports news, weather updates, crime reports, entertainment news and more. The digital station is also available on social media platforms of Facebook, Twitter, YouTube and Insta. Here is the website: https://www.univision.com/local/houston-kxln