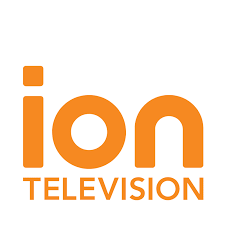 KPXB-TV launched on June 16, 1989 is an ION Television station active in Houston, TX, US. The channel is licensed to Conroe and is O&O by ion Media Networks. Transmitter of the channel is installed in unincorporated area of northeastern Fort Bend County near Missouri City.

KTFH went on air on June 16, 1989 and worked with Home shopping content before signing an affiliation agreement with Galavisión in Nov 1989. Channel 49 was sold to Paxson Communications in 1995 which dropped Galavisión and switched to Infomail Television Network (inTV) on April 3, 1995. The calls under the new ownership were changed in early 1998 as it joined the infomercial service. It became a charter affiliate of Ion Television network Pax TV upon its launch on Aug 31, 1998. It would rebroadcast on KBPX-LP, an LP transmitter from 1990 to 2009 to extend its service to northern suburbs of Houston.

Ion television station made digital transition on June 12, 2009 but retained its pre-transition VHF Ch 5 slot. It hosted rebroadcasts of CBS-linked KHOU for five years from 2000 to 2005 after dropping KPRC’s news-bulletins which was affiliated with NBC. You can watch Ion TV shows online for programs like Qubo Kids Corner, Chicago P.D. Blue Bloods, Criminal Minds and others. Follow the channel on Facebook, Twitter and Instagram. Here is the website: https://iontelevision.com/