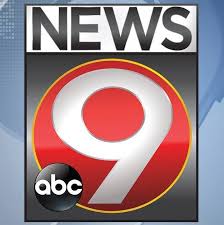 WAOW launched on June 12, 1966 is an ABC affiliate in Wausau, WI which broadcasts in north-central Wisconsin including Rhinelander. Ch 9 broadcasts in HD from a transmitter installed atop Rib Mountain. Quincy Media is the owner of the station located on Grand Avenue/U.S. 51 in Wausau. WYOW and MOW-DT2 are the satellites of the stations for Eagle River and Crandon; both expand the reach o the station in western and eastern stretches of the Wausau/Rhinelander market.

Read More
Catchphrase: We’ve Got You Covered | Dare to Defy

WAOW hit the waves on June 12, 1965 under the ownership of Mid-Continent Broadcasting. Originally, the station served as a broadcast relay service for Madison-based WKOW later joined by WXOW in La Crosse and WQOW in Eau Claire. Midcontinent then released its assets to Horizon Communications in 1970 which in turn transferred it to Liberty Television in 1978. It slowly buildup its local programming and started operating with umbilical cord in 80s.

Tak Communications acquired the service in 1985 however, filed for Ch 11 bankruptcy protection in 1991 as it would go into the hands of a group of creditors. Tak couldn’t save itself from bankruptcy and the channel along with three sisters got into the hands of Shockley Communications in 1995. All of Shockley stations were acquired by Quincy Newspapers in June 2001. It would utilize Fox’s NFL Package from 1994 until 1999 as CBS was divested off Green Bay Packers games. Upon the launch of WFXS-Dt in Dec 1999, it became a Fox affiliate. Ch 9 debuted in Western Upper Peninsula of Michigan and Northern Wisconsin for the first time on Jan 4, 1997; Shockley ran their station via an LMA until their acquisition of it in Dec 1998. It became the maiden commercial TV to offer HD feed on Oct 24, 2002. Full digital transition was achieved by service on Feb 17, 2009. WYOW, the satellite joined the main station at the same time in 2009. Both carried Retro TV on a third digital sub-cannel until March 2009 when This TV replaced RTV.