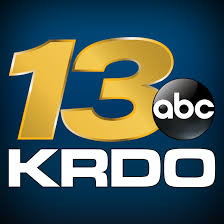 The channel signed on air on Sep 21, 1953 as an NBC affiliate service. During that time KKTV was CBS affiliate while having secondary affiliation with ABC. KCSJ linked with NBC was the other service in the market. The situation remained during much of 50s seeing the market served by two fulltime NBC affiliates and CBS linked service that also carried ABC’s stuff as a secondary affiliate.

When Pueblo and Colorado Springs market fused into a single market in 1960, the networks made their respective moves to get affiliated with the big three networks. With the decision being in effect, KKTV retained its relations with CBS, KCSJ continued with NBC while KRDO became an exclusive ABC affiliate in the Pikes Peak region and surrounding areas. However, KRDO was one of the few broadcasters that didn’t produce The Dick Cavett Show despite sharing affiliation with ABC during the latter part of 60s and until early 70s.

Pikes Peak Broadcasting Company was the local owner of the service since its inception and retained its asset for a long time until announcing its sale to NPG in April 2006; the new ownership took over the channel on June 26, 2006. To honor its founder and longtime owner, the company renamed its Colorado Broadcast group as Pikes Peak Television.

The news operations were rebranded as NewsChannel 13 by News-Press & Gazette Company on the same day they took the charge of operations. The news operation was also extended under the new ownership. It started broadcasting news-bulletins in HD on July 23, 2008. An early evening newscast at 4:30 pm was introduced on Oct 10, 2011. Audiences can watch KRDO online with news, weather and sports updates, lifestyle and health programming, videos, political and unusual stories and more. Follow the station on Facebook and Twitter. Here is the website: https://www.krdo.com/