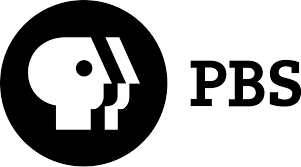 Vermont PBS (WETK) launched on Oct 16, 1967 is a PBS station owned by Vermont ETV, Inc. broadcasting in VT, United States. It was originally run by University of Vermont since its launch on Oct 16, 1967. The channel was sold to ETV in the latter years of 1970. The channel until 1997 was recognized as Vermont Educational Television or ETV. It became Vermont Public Television (VPT) in 2000s. The studios of the channel are located in Colchester near Burlington. Educate, Inform, Entertain and Inspire is the slogan of the Public Broadcasting Service station. W36AX and W53AS were the analog translators of the service broadcasting in Manchester and Bennington. Most of the viewership of the channel comes from the rural areas, small cities and towns. Montreal is the only Urban area served by the WETK.

It is available on Comcast Xfinity, Charter Spectrum, Dish Network and DirecTV carry the channel in Glen Falls, Burlington-Plattsburgh market, Montreal, Queensbury and other areas. Some of the programs aired by the channel are also rebroadcast on WGBY. You can watch local shows, kids programming, community events and programs like NOVA, Austin City Limits, American Experience, Nature, PBS News Hour and Masterpiece online. Follow WETK on Facebook, Twitter, Instagram, YouTube and Twitter. Here is the website: https://www.vermontpbs.org/