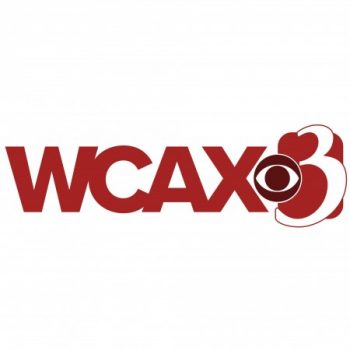 WCAX-TV launched on Sep 26, 1954 is a Burlington, Vermont based CBS affiliate that serves Champlain Valley and North Country in New York including Plattsburgh area. Owned by Gray Television, the channel has its studios located on Joy Drive in South Burlington with transmitter installed on Vermont’s Highest Peak. It has its audiences in Southern Quebec including Montreal. WCAX is offered by DirecTV, Vidéotron and Dish Network in Canada.

WCAX-TV was originally launched on Oct 10, 1924 and was operate by the students of University of Vermont. It was Vermont’s first TV channel when it relaunched on Sep 26, 1954 as WMVT. The channel 3 was licensed to Montpelier under the ownership of Charles P. Hasbrook. The parent and original owner of the station, WCAX Broadcasting Corporation was renamed as Mount Mansfield Television in December 1954. It in mid-1955 obtained a community license and changed its calls to WCAX-TV in June 1955. Gray Television in 2017 acquired the station. It prior to the ownership change was one of the few channels in the US that since their launch had never reached a new owner of a new channel number. It also never changed its primary affiliation though was linked with Fox in mid-90s as secondary affiliate to broadcast Kids and sport programming. Gray announced their purchase of WCAX on May 4, 2017 and took charge of the channel officially on June 1, 2017 via a LMA before the completion of deal on Aug 1, 2017.

The notable and long-run programs of the channel include Across the Fence, You Can Quote Me and Late Night Saturday. CBS Dream Team is a CBS produced show rebroadcast hour later than most of the network affiliates in Eastern Time Zone. It broadcasts in HD since June 2009. The studios, cameras and other equipment of the channel was also upgraded in the bid. WCAXtra showcases nightly news on weeknights at 10 and is carried by the channel since July 2007. Syndicated programs broadcasted by the channel include Family Feud, The Doctors, Rachael Ray and Entertainment Tonight.

Apart form United States, a significant number of viewership of WCAX comes from Canada. You can watch latest news, weather and sports updates, Wildilfe Watch, VT Realty and more online. Follow the channel on Facebook and Twitter. Here is the website: https://www.wcax.com/