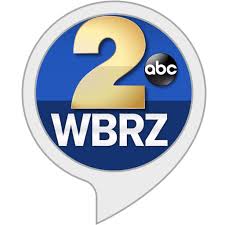 WBRZ-TV is an ABC affiliate owned by Manship family operating in Baton Rouge, Louisiana and serves south-central, southeastern Louisiana and southwestern Mississippi. The studios of the channel are located on Highland Road in Baton Rouge, just south of downtown with a transmitter installed in Sunshine, Louisiana. Cox Communications, DirecTv, Cox Communications and Dish Network carry the channel in Louisiana cable and satellite.

Slogan: News is What We Do

WBRZ went on air as an NBC affiliate on April 14, 1955 and shared secondary affiliations with CBS and ABC. Seven months later, the channel introduced color broadcasts becoming the maiden service in Baton Rouge to come with the initiative. The originally intended calls for WBRZ were “WBRA-TV” but were dropped. ABC was dropped in 1971 following the launch of WRBT making it a sole NBC affiliate in the area. However, it exchanged affiliation with WBT to become a primary ABC channel on Sep 5, 1977. WBRZ in July 1987 became a 24-hour service except on Sundays and launched close-captions news-bulletins for the first time in the state in Sep 1988.

Richard, Manship’s son became the new president of the channel in 1991 and on April 22, 2002, Ch 13 became the maiden service to broadcast in HD in Baton Rouge market. KBTR was bought by Manship in summer of 2007 from Veritas Broadcasting Company.  The web-portal of the WBRZ dates back to 1996. It switched from analog to digital transmission on June 12, 2009.