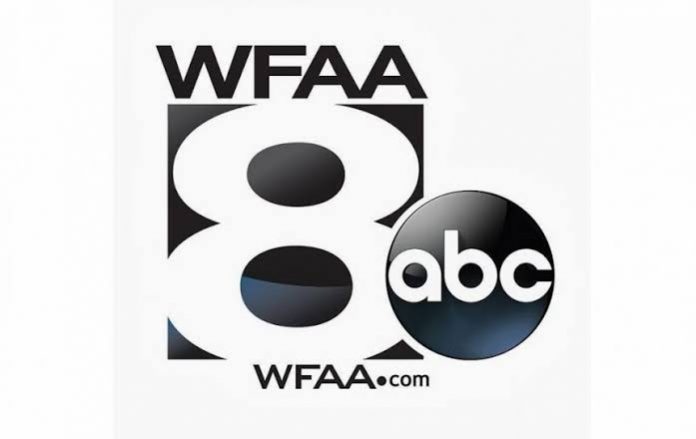 WFAA launched on Sep 17, 1949 is an ABC affiliate broadcasting in Dallas, Texas. Owned by Tegna Inc., the channel operates from studios located on Young Street in downtown Dallas known as WFAA Communications Center Studios. Transmitter of the channel is located South of Belt Line Road in Cedar Hill. It is the largest ABC-linked service by market size that is not O&O by ABC via its broadcasting division, ABC Owned Television Stations. It also maintains it status as one of the two TV stations in the market that is not held by the corporate parent of its affiliated network.

Slogan: The Spirit of Texas

The television signed on air on Sep 17, 1949 as KBTV and premiered with one hour of evening programs the rest was filled with Dallas in Wonderland, its first locally produced variety series. The third television service in Texas after that WBAP (later KXAS) and KLEE (later KPRC), it was the second channel in Dallas-Fort Worth metroplex and the maiden with having a Dallas license. The original studios of KBTV were located at Harry Hine Boulevard and Wolf Street, north of downtown Dallas.

A.H. Belo Corporation acquired the channel in Jan 1950; the deal concluded on March 13, 1950 with the new owner taking control of the operations on March 17, 1950. It was the first television to be owned by Dallas-based company under Belo until its merger with Gannet Company in 2013. On Marc 21, 1950 the calls were changed to WFAA to align the identity with WFAA 570 AM which later became KLIF. The operations of the channel were relocated to WFAA Communications Center Studios on April 2, 1961.

Belo announced the separation of its broadcasting and publishing business and split the company into to arms. Subsequently WFAA was retained under Belo Corporation as the split completed on Feb 8, 2008. Gannet on June 13, 2013 announced to buy out Belo for USD 1.5 billion on June 3, 2013. Federal Communications Commission granted the approval to the deal on Dec 20, 2013 and it concluded three days later on Dec 23, 2013.  Following the Belo merger and under the umbrella of Gannet it became company’s largest asset by market size. The ownership of the WFAA had been changed for the first time in 63 years with the consummation of the deal. Gannet announced to separate its print and broadcasting operations on Aug 5, 2014 and following the deal WFAA came under the Tegna Inc. on June 29, 2015.

WFAA presently broadcasts 36 hours of locally produced news-bulletins with six hours on weekdays and 3.5 hours on Sat and Sun. The notable on-air staff of the channel includes Pete Delkus, Alex Rozier and Dale Hansen. Inside Edition, Rachel Ray, Entertainment Tonight Sister Circle and Daily Blast Live are the notable syndicated programs produced by the channel. You can watch WFAA online and follow it on Facebook and Twitter. Here is the website: https://www.wfaa.com/