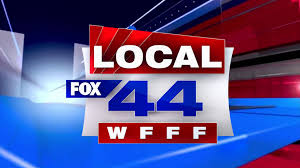 WFFF-TV is a Fox affiliate broadcasting from Burlington, Vermont and is owned by Nexstar Media Group. Launched on Aug 31, 1997, the channel serves the areas of Champlain Valley and Upstate New York’s North County and Plattsburgh. WNVY which Nexstar operates through an LMA is the sister of the channel owned by Mission Broadcasting. The studios of the channel are located on Mountain Drive in Colchester, Vermont while transmitter is installed on Mount Mansfield.

WFFF was founded on May 6, 1994 and signed on air on Aug 31, 1997. At that time Champlain Valley didn’t have a primary Fox affiliate despite however, WCAX, linked with CBS aired Fox Sports and Fox Kids programming. It was originally owned by Champlain Valley Telecasting with Heritage Media as its operator. Heritage also owned WPTZ through a Local Marketing Agreement. Securing a construction permit from FCC, the channel was not able to broadcast in the area as it lacked the approval of Mount Mansfield Collocation Association. It after three years of wait was only able to broadcast form a WPTZ facility on Terry Mountain in Peru, NY. Sinclair Broadcast Group acquired the station from Heritage Media and sold it to Sunrise Television in 1998. WFFF was then purchased by Smith Broadcasting a year later.

It then signed affiliation with The WB when WBVT-LP moved to UPN in 1999. It would become a Nexstar station after the Federal Communications Commission approved the deal on Feb 5, 2013; the sale was finalized on March 1, 2013. Under the new ownership agreements were made with Katz Broadcasting to get programming of Bounce TV, Escape, Grit and Laff. On Feb 17, 2009, WFFF converted its analog signal to digital.

Fox 44 Local News This Morning, Good Morning America, Local 22 News are the among notable news programs broadcasted by WFFF. News from Vermont, New Hampshire and New York, Weather, Sports, NFL, Living Local, Experts and more is available on WFFF. You can watch the channel online and follow it on Facebook, Instagram and Twitter. Here is the website: https://www.mychamplainvalley.com/