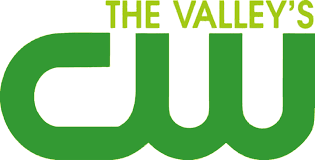 WHDF is a Florence based station that serves Huntsville and Tennessee Valley through its transmitter maintained southeast of Minor Hill, Tennessee. WDHN, WKRN-TV, WIAT, WZDX and WKRG are the sister station of the broadcaster. Nexstar Media Group is owner of the station that shares duopoly with Huntsville-based WZDX. Studios of the siblings are located on North Memorial Parkways. It is available on Ch 6 and carried by most of the cable systems in the local Huntsville market.

WOWL-TV first signed on air on Oct 28, 1957 and was owned by Richard Dick Biddle at that time. It was affiliated with NBC until 1999 but also carried some popular CBS programming. Despite facing stern competition from WAFF and WTVA, the other NBC affiliates in Huntsville and Tupelo respectively, the channel managed to retain its audience share in northwest Alabama cities including Tuscumbia, Muscle Shoals, Florence, Sheffield and The Quad Cities by providing local news of northwestern Alabama. However, it lost its specialty to the WAFF and others when they expanded their bureaus into The Shoals in 80’s and 90s. By 90’s the competition in the market became so stern, that WOWL had to extend its focus out of the northwest Alabama in order to keep itself in the competition. It changed its loyalties from NBC to UPN in 1999 leaving WAFF as the sole NBC affiliate in north Alabama. The calls were changed to WHDF on July 19, 1999 and transmitter was shifted to Giles County. Tennessee.

Lockwood Broadcast Group became the new owner in 2004. Upon the merger of The WB and UPN in Sep 2006, WHDF got affiliated with The CW and was rebranded as The Valley’s CW on July 27, 2006. On Nov 9, 2018, Lockwood Broadcast Group sold their asset to Nexstar Media Group for USD 2.25m; it then created duopoly with Fox linked WZDX: Ch 54.

WHDF broadcasts local news, weather and sports updates for Huntsville audiences. Community interest programs and events are also shared by the channel alongside promotion of contests.