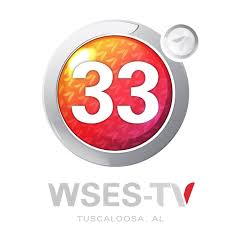 WSES-TV launched on Oct 27, 1965 is a HSH: Howard Stirk Holdings station affiliated with Heroes & Icons and serves Birmingham, AL. Tuscaloosa is the city of license of the channel operating from County Road 38/Blue Creek Road, near Windham Springs. WGWW broadcasting in Anniston is the sister of the channel.

History as an Independent Broadcaster

WSES debuted as WCFT-TV on Oct 27, 1965 and was an independent station on its onset. It was the maiden TV channel in western Alabama under the ownership of Chapman Family Television. During its first two years, the channel couldn’t turn in much in terms of profit which resulted in its subsequent sale to South Mississippi Broadcasting, Inc. which already had ownership to Hattiesburg-based WDAM-TV. Mississippi injected some heavy surplus in its new purchase to make it profitable by making purchases of transmission equipment and other improvements. Apart from hosting syndicated content, it also cleared some of the programming carried by CBS and NBC; the NBC and CBS content was no cleared for WAPI at that time.

After WAPI turned into an exclusive NBC affiliate in May 1970; WCFT became a CBS affiliate in the Birmingham market. Anniston-based WHMA and Birmingham-based WBMG were the other CBS affiliates in the area. Despite being a small distance from Birmingham, CBS allowed WCFT affiliation mainly because of the very weak broadcast signal WBMG was having particularly in eastern parts of central Alabama. WCFT would regularly undermine WBMG as a CBS rebroadcaster in western parts of Birmingham. Service Broadcasters in Jan 1978 released WCFT and WDAM to Beam Communications which in June 1989 was renamed as Beacon Communications. WDAM and WCFT were in turn sold to Federal Broadcasting on Aug 20, 1990.

Allbritton Communications in Nov 1995 entered the scene to acquire WCFT from Federal for USD 20m. On Sep 1, 1996, it along with sister WJSU became a broadcast relay station of the lately purchased W58CK, an ABC affiliate.

Sinclair in 2013 purchased a cluster of Allbritton properties that also included WCFT in it. On Sep 24, 2014, Sinclair its asset to Howard Stirk Holdings. HSH on March 11, 2015 rechristened the channel as WSES which switched its affiliation from Heartland to Heroes & Icons on Oct 1, 2015.