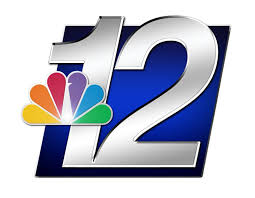 WJFW TV-12 branded as NBC 12 is a Rhinelander-licensed news station that serves north-central Wisconsin including Wausau. Owned by Rockfleet Broadcasting, Ch 12 broadcasts in HD on UHF Ch 16 via transmitter maintained in Starks. The studios of the channel are located on Country Road G in Rhinelander. As the transmitter is located far in north than other channel in north-central Wisconsin, it uses an LP digital fill-in translator: W27AU-D to get the job done. HD signal can also be received on UHF Ch 27 through a transmitter installed on Mosinee Hill southwest of I-39/US 51/WIS 29 interchange.

Catchphrase: News from Where You Live

On Oct 20, 1996, WAEO-TV was launched under the ownership of Congressman Alvin E. O’Konski. The studios were located near the transmitting facility as it broadcasted on VHF Ch 12. The transmitter tower at that time was among the tallest structures in the world. Before WAEO premiered, NBC had a secondary affiliate WSAU-TV in the market and a primary affiliate: WFRV in Green Bay. A small plane with three passengers on board hit the transmitter tower causing the structure a severe damage on Nov 17, 1968. As a result, the station went off air until the new studios and transmitter site was erected on the same location. The studios were later shifted to Rhinelander. On Sep 1, 1969, the transmitter became operational and the channel once again readily hit the waves on Sep 1, 1969. The new transmitter was erected on 7th tallest structure in the world at that time. It was released to Seaway Communications on June 1, 1979.

The minority owned company became the first in US to hold a VHF commercial TV service. The founder and CEO of Seaway, Jasper F. Williams on April 15, 1985 passed away in a plan crash. On Oct 5, 1986, the calls in his memory were changed to WJFW-TV. A low power translator was launched in Wausau on Ch 27 in 1989. Seaway merged its operations with Rockfleet Broadcasting in 1998. Universal Sports in March 2009 was added to the main signal on second digital sub-channel of WJFW. It flash-cut to digital on Feb 17, 2009. Universal Sports was replaced by Antenna TV on May 23, 2011. The second digital sub-channel is also available on Charter digital channel 967. WJFW TV-12 is available online Local news, weather and sports updates, school closings, road reports, Mr. Food Test Kitchen and other programs. Follow the service on Facebook and Twitter. Here is the website: https://www.wjfw.com/