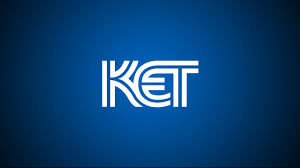 Watch WKAS live stream from Ashland, Kentucky. Educational programs and documentations can be watched live on WKAS. Wait as the stream loads.

It began its operations on Sep 23, 1968 as a member of the ten charter channels of KET Network. All of the network’s satellites were strategically placed to cover a widespread area of the state. WKAS-DT is the digital companion of the Public Broadcasting Service station and was officially launched alongside other KET sub-channels in May 2002. It completed digital transition on April 16, 2009 after dropping its analog signal however, remained airing on its pre-transition UHF ch 26. It through PSIP digital receivers displays the virtual channel as its former UHF ch 25.

It currently holds a construction permit reallocated its digital station onto UHF ch 36 as part of Federal Communications Commission spectrum auction. The transition in this case was consummated on Oct 18, 2019.

Its signal is available in some of the same locations as two other KET stations, WKPI-TV in Pikeville to the south, and WKMR in Morehead to the west. It also gets some of the coverage area of WKMR’s LP translator W28DD-D in Louisa. Signal coverage of all three channels is subject to change due to the 2016 Federal Communications Commission Spectrum incentive auction.