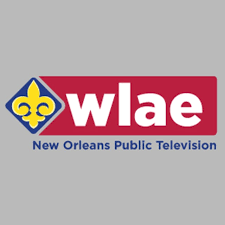 WLAE-TV owned by Willwoods Community and Louisiana Educational Television Authority is a New Orleans-based station established on July 8, 1984. Educational Broadcasting Foundation, Inc. is the licensee of the service operating form studios located on North Causeway Boulevard in Metairie while transmitter is setup on Paris Road/Highway 47. Cox Communications is the cable carrier of the ch 32.

Willwoods Community was established in 1978 by a group of married couples. The community organization signed a partnership with Louisiana Educational Television Authority as the latter was looking for a medium to broadcast its local programs into the New Orleans market. The two partners then established Educational Broadcasting Foundation and applied for an educational television license to FCC which they got on Dec 14, 1981.

Channel 32 is one of the few public television stations to produce a daily Catholic Mass live from St. Louis Cathedral located in Jackson Square District. The station underwent a technical upgrade during most of 2016 resulting in the inactivity of its three sub-channels. WLAE lost it’s over the signal for two years after its studios and transmitter site was severely damaged by Hurricane Katrina.

The channel ended its affiliation with PBS on Aug 1, 2013 and became an independent educational service on Aug 1, 2013. This left WYES as New Orleans exclusive PBS member station. By dropping PBS from its signal, WLAE would save around USD 130,000 per annum. At present the channel is considering to start business and production deal with WYES. The locally produced programs and syndicated programs can be watched online. Hello Health, John Redman: Power of Attorney and Conexiones, Ringside Politics and Chet Chat are the notable programs of WLAE. Follow the station on Facebook, YouTube and Twitter. Here is the website: https://www.wlae.com