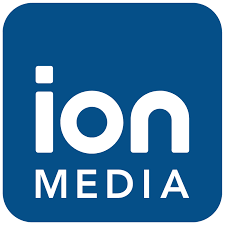 WPXN-TV (Channel 31) is a flagship station, affiliated with Ion Television and based in New York. Ion Media (License Company, LLC) is operating this channel. WPXN-TV (Channel 31) founded on 5 November 1961, and first show aired 56 years ago on same this date. The call letter meaning of WPXN -TV is “Paxson, After Paxson Communications and also called “Pax NYC”. Paxson is the former name founder of Ion Media Network.

The online streaming of WPXN-TV (Channel 31) is available on the following link.

In the beginning, Channel 31 started as WUHF through the Municipal Broadcasting System on 5 November 1961. After one year, the station transferred to New York City and became a full-time coverage channel with new call letters WNYC-TV on 5 November 1962. Mostly civic affairs and public interest programs aired through WNYC-TV. It also affiliated with National Educational Television and Public Broadcasting Service. When Rudolph W. Giuliani became mayor, he was wanted to sell the WNYC-TV stations. On 30 June 1996, WNYC-TV signed off and reappeared as WBIS-TV on 1 July 1996. In August, Paxson took control over the station and changed call letters into WPXN-TV.

WPXN-TV (Channel 31) offers Ion Television network programming in which most police procedural, crime thriller dramas and talk shows on law and order included. Here the list is given of programming of the station and some described here.

It is a police procedural drama that based on real crimes. Twentieth seasons have done of this drama, and most of the episodes premise the personal lives of victims.

Private Eyes is a detective comedy-drama in which a professional hockey player, Matt Shade hangs up his skates and try to find himself who he wants to be in future.

This Police procedural drama created by Jeff Devis. It focuses the activities group of behavior profilers who work for the FBI. This show analyses their struggles that how they tackle the cases