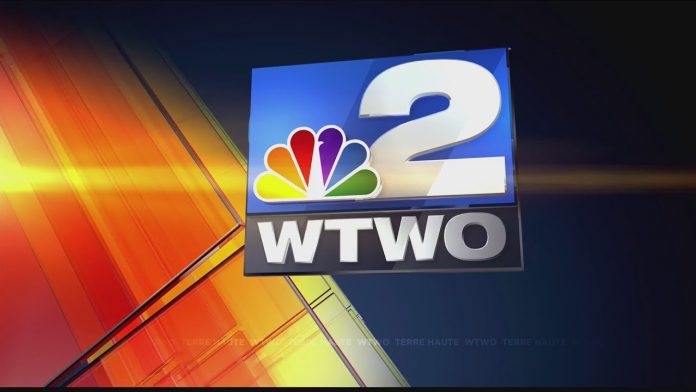 WTWO airing on UHF digital channel 36 is an Nexstar Media Group owned NBC affiliate and a sister to WAWV which its parent operates via a JSA and SSA. The owner of the latter linked with ABC is Mission Broadcasting. The studios of the channel are located on US 41/150 in Unincorporated Sullivan County. Charter Spectrum carries WTWO on Ch 7 in SD and HD.

WTWO hit the waves on Sep 1, 1965; it was originally held by Illiana Telecasting. The first program ever aired on WTWO was The Today Show of NBC which debuted on Jan 14, 1952. The call sign was originally occupied by WLBZ in Bangor, Maine from 1954 to 1958 and it originally worked as a primary NBC affiliate while maintaining a secondary affiliation with ABC network. It would air latter’s content either through tape delay or by airing them live from network feed through.

WTWO started color broadcasts on Sep 12, 1965 and the channel was sold to Both Newspapers in 1968. ABC’s programming was shared between channel 2 and primary CBS affiliate WTHI-TV until April 1973 when WIIL-TV took over the network. Fabri Development Corporation emerged as the new owner of the channel in July 1975 but sold it to TCS Television Partners in 1990. TCS Television Partners in turn released both KQTV and WTWO to Nexstar Broadcasting in 1997. It changed its on-air branding to NBC 2 on Oct 18, 2010. The NBC affiliate made analog to digital switch on June 12, 2009 under the FCC mandated transition through it remained on its pre-transition UHF Ch 36 slot.