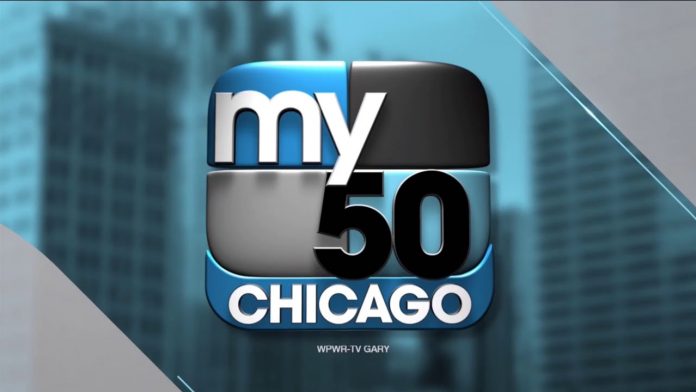 WPWR held by Fox Corporation through its subsidiary Fox Television Stations, LLC. makes one of two commercial stations in Chicago that are licensed on Indiana side of the market; the other is non-affiliated WJYS. It shares duopoly with Fox O&O WFLD. The two channels have studios located at Michigan Plaza on North on North Michigan Avenue in Chicago Loop with a transmitter installed on the Willis Tower on South Wacker Drive in Loop business district.

There is no separate website for WPWR; it shares the online portal of WFLD. Comcast Xfinity, WOW! And AT&T U-verse, all carry WPWR on Ch 8 for Standard feed and ch 204 for High definition. In FCC mandated spectrum auction, it released its spectrum space and started channel sharing WFLD on June 11, 2018.

WPWR on April 4, 1982 signed as WBBS-TV as a shared station and broadcasted on UHF ch 60. The channel was shared between WPWR and WBBS, a Spanish service. A large part of WPWR’’s content was scheduled to be occupied by SportsVision, a new pay television service. WBBS-TV broadcasted programs including movies, telenovelas, Imagen and other programs targeting Latino content. In 1987, the station moved to UHF Ch 50.

WPWR became a United Paramount Network affiliate on Nov 10, 1993. It officially became a UPN channel on Jan 16, 1995 and continued to add syndicated programs to its lineup.

It moved to CW on Sep 1, 2016 and kept MyNetworkTV as its secondary affiliate. It was the first time a network O&O service had chosen to carry a network owned by its parent as a secondary affiliation. Apart from that the station was the largest CW affiliate not held by CBS Corporation or Tribune Media. It dropped The CW affiliation in 2019. The channel was branded as My50 Chicago on Sep 1, 2019 to reflect its primary affiliation with MyNetworkTV. WPWR switched from analog to digital signal on June 12, 2009.