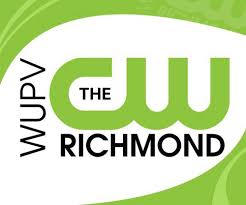 WUPV owned by Gray Television and launched on March 9, 1990 is a Richmond based station originally licensed for Ashland. The HD broadcasts are carried from a transmitter located at northeast of Richmond in King William County. It shares duopoly with WWBT licensed with NBC; the two stations are located on studios on Midlothian Turnpike in Richmond.

Slogan: Dare to Defy and TV Our Way

WUPV started its journey as a leased access cable channel under the ownership of Christal Inc. operated by James Campana. Airing religious programming, the channel finally launched on March 9, 1990 as WZXK under the same owner. It offered Christian religious programs including The 700 Club, Praise the Lord, and others. It became a 24-hour service in 1993 and was rebranded as Fun 65 for a while.

Bell Broadcasting in 1995 acquired the channel to affiliate it with WB network while changing its calls to WAWB; the channel was then rebranded as WB65. Lockwood Broadcasting in 1997 acquired the channel and changed the calls to WUPV. However, shortly afterwards the Act III Broadcasting was acquired by Sinclair Broadcast Group. It would carry Pax’s secondary affiliation in 1998 before the network put other 24 cable television on most of its systems in Richmond area. Following the announcement by CBS Corporation and Time Warner to shut down The WB and formation of The CW, WUPV signed affiliation with CW on Sep 18, 2006. However, it continued to carry UPN’s programming except for the movie on weekends until the network pulled off completely. The channel was then sold to Southeastern Media Holdings in 2006 as it became a sister to WTVR under the ownership of Raycom. WUPV was then sold by the company to Thomas Henson in 2011. Bounce TV premiered on the channel on Sep 26, 2011. Following the merger of Raycom and Gray Television it became an asset of the latter once the sale was approved on Dec 20, 2018; the deal completed on Jan 2, 2019.

The Wendy Williams Show, TMZ on TV, Judge Mathis, The Real, Seinfeld, Hot Bench, Black-ish, The Goldberg and The People’s Court are the syndicated programs broadcasted by the station. The CW News at 10, the CW News at 6:30, and others newscasts are aired regularly. News, weather and sports, On Your Side, entertainment and other CW Richmond news, Follow the channel on Facebook and Twitter. Here is the website: https://www.nbc12.com/cw-richmond/