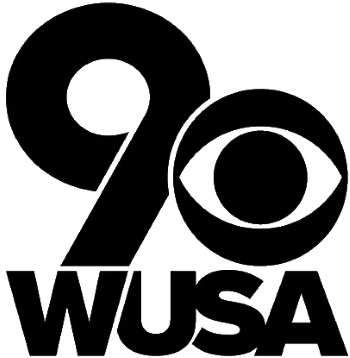 WUSA is a CBS affiliated television station licensed to US capital Washington, District of Columbia. It is publicly and informally known as CBS 9 DC, given that it is a virtual and digital channel 9. Here you can watch WUSA TV Live Stream from Washington D.C.

This station is owned by Tegna, Inc. and has its transmitter located at Broadcast house on Wisconsin Avenue in the northwest quadrant of Washington.

WUSA is a sister station to KHOU which is in Houston and WGCL-TV in Atlanta. The station’s sub channels are WUSA-HD and Justice.

Channel 9 – the forth oldest station in the US capital – traces its history back to 1949. It is basically one of the two projects Gannett Company was split into. TEGNA retained the channel and still owns it.

WUSA-TV weekly broadcasts 33 hours of a locally produced newscast. Focusing on local, national and international news, its news operation is one of the best in Washington. Politics, entertainment, community, health, money, weather, and traffic etc, all of these topics are thoroughly covered by WUSA-TV. CBS 9 DC is the first television station in Washington to begin local news broadcasting in high definition.

WUSA-TV was the first to become the Washington Redskins’ station of record. Though this channel broadcasts all major national and international sports related news, it does not presently own broadcast rights to these games.

A half hour television news magazine of viral videos specifically crafted for the internet generation represented a team of hosts. It doesn’t present the news in a conventional way, rather it bundles up popular videos with respective content and executes them along interviews and stories. It has had a run of 7 seasons since 2011.

A show entirely dedicated to the entertainment and Hollywood movies, music and television shows; celebrity interviews; news, gossip and scandal all in one place. On weekdays it is anchored by Nancy O’dell and Kevin Franzier, and weekday editions are anchored by Cameron Mathison and Nischelle Turner. It is presently in its 37th season.

Another television newsmagazine, a syndicated program broadcasted on CBS 9. It is anchored by Deborah Norville and Diane McInerney. The programs include different news and stories from all around, including entertainment news. It also features important historical days in its segments like Independence Day, Christmas, etc. it has 30 seasons to date.

Dr. Phil is an American tabloid show created by Oprah Winfrey and presented by Phil McGraw. It revolves around the psychological and professional advice from Phil’s own life and his strategies regarding various serious topics. It has been a success since 2002 and has 16 seasons.