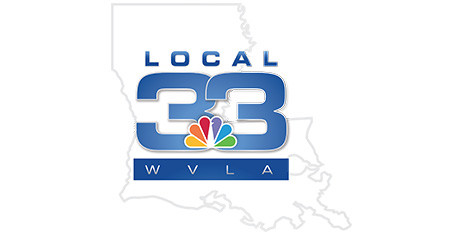 WVLA-TV owned by White Knight Broadcasting and launched on Oct 16, 1971 is a Baton Rouge, Louisiana station. Nexstar Media Group manages the channel under JSA and SSA which makes it a sister to WGMB, KZUP and WBRL-CD. The four channels share space on Perkins Road in Baton Rouge with a transmitter installed near Addis, Louisiana. The channel is available on AT&T U-verse and DirecTV on cable and satellite respectively. Dish Network also hosts WVLA.

WVLA was established as WRBT on Oct 16, 1971 by Romac Baton Rouge Corporation, a consortium consisting of Southern Educators Life Insurance and Ramon V. Jarrell and Richard O. Rush. It temporarily broadcasted from Florida Boulevard before moving to Essen Lane until 2000. Rush Broadcasting Corporation in March 1976 became the new owner of the channel and on May 2, 1986, WRBT became the first local television station in Baton Rouge and also the first NBC affiliate to offer stereo broadcasts in the area after WNOL, KMSS and WYES. ON Nov 26, 1987, the callsign was changed WVLA with the replacement of tower.

From April 1990 to Feb 1991, it signed a secondary affiliation with Fox to offer week-delayed episodes of the Married… with Children, In Living Color and The Simpsons. In 1996 White Knight Broadcasting emerged as the new owner of WVLA. Comcorp on April 24, 2013 revealed the sale of its broadcasting assets to Nexstar Broadcasting Group; the sale finalized on Jan 1, 2015. Nexstar operates both KZUP and WVLA though shared services agreement along with the sisters WBRL and WGMB.