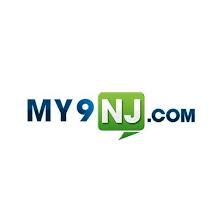 WWOR-TV (Channel 9) is affiliated with My Network TV and licensed to New York. Fox Television Stations own this station as part of WNYW’s studios. WWOR-TV (Channel 9) founded in April 1947 and first show aired on 11 October 1949. The WWOR-TV offices located in Secaucus and transmitter at One World Trade Center. The Call letter meaning of the station represents the former call sign WOR-TV. WNYW is a sister channel of this station.

The Online streaming of WWOR-TV (Channel 9) is available on the following link.

First Show Aired on 11 October 1949 with former call letters WOR-TV.  At that time Bamberger Broadcasting Service has owned this station.

From 1949- 1993, WOR-TV worked as Independent station. Many public affairs programs talk show started at that time such as The Friendly giant, Romper Room etc. On 29 April 1987, the call letters changed into WWOR-TV. In 1993, the channel was affiliated with Prime Time Entertainment Network and remained till 1995.

After that, WWOR-TV (Channel 9) was affiliated with United Paramount Network and worked under this till 2006. News Corporation announced the sixth packed network called My Network TV and would operate by Fox Television. Cablevision claimed in 2010 that News Corporation demanded $150 million for renewing carriage on Fox. Fox Television stations signed an agreement with Bounce TV on 3 November 2011.

The License of WWOR renewed on 8 August 2014 and still broadcasting under My Network TV.

WWOR-TV (Channel 9) has carried news, sports, drama series and all kind of programs. Here the list is given and some programs described.

It is a police Procedural and crime thriller drama. It based on real crime stories which have media attention.

The 700 Club is a news talk show, features daily news, live guests, contemporary music, and talk with other Christian ministries.

Dateline is a news category in which news articles are written and described that when and where it happened.