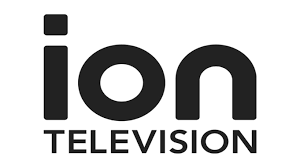 WWPX-TV launched on May 21, 1990 is a Ion affiliate broadcasting in Martinsburg, WV and serves northwestern portion of the Washington, DC area. Ion Media Networks owns the service. It at present acts as a broadcast relay service of WPXW-TV: Ch 66. The transmitter of the service is located on Boyd Gap west of Martinsburg while studios are located in Fairfax Station, Virginia.

WWPX went on air on Oct 1, 1991 as WYVN from its studios located on Discovery Place in Martinsburg. It was Fox’s second affiliate in the West Virginia market after WVAH-TV based in Charleston. The service from its very start opted to air local news and public affairs content. However, the local news operations cost flying Communications dearly. Apart from financial issues, the station was also hit by technical issues. The signal would switch between black & white and color. Beset by a variety of problems, Flying A Communications went on to declare bankruptcy in Oct 1992. It suspended its news operations by May 1993. Flying a went into receivership in Sep 1993. The bankruptcy trustee of the channel approved the sale of WVYN to Benchmark Communications, owner of WUSQ-FM; however, the deal fell through at the last minute and it was instead released to Green River Broadcasting. The channel was relaunched on Sep 24, 1993. Following the loss of Fox affiliation, WVYN turned independent and for a brief stint from Jan to Feb 1994 resumed its local news operations. The station couldn’t get out of the bankruptcy as the facilities and equipment were once again sold to a group of creditors of April 1, 1994.

On Sep 1, 1996, the channel returned under the ownership of Paxson Communications as WSHE-TV; it broadcasted religious programming. The calls were changed to WWPX in 1998 and it became a charter affiliate of Pax TV. Pax was later renamed as Ion Television. In 2002 it became a satellite of WPXW.