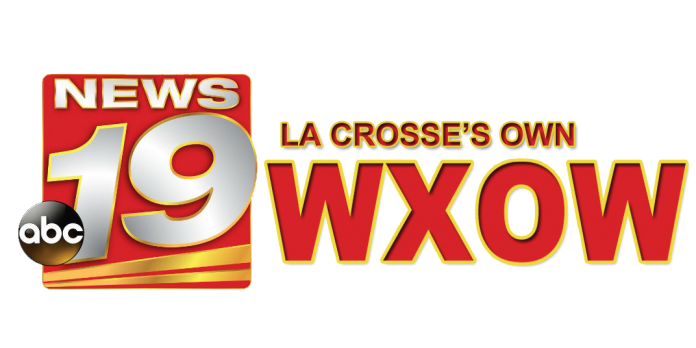 WXOW News 19 owned by Quincy Media is a La Crosse, Wisconsin based station that serves Western Wisconsin. With latest news. The transmitter of the channel is located on County Highway 25 in La Crescent, Minnesota. WKOW, WAOW, WMOW, WYOW and WQOW are the sisters o the Channel 19. La Crosse’s Own and TV Now are the catchphrases used by the service. WQOW based in Eau Claire is a semi-satellite to stretch the ABC transmissions into the Chippewas Valley Wisconsin. It simulcasts all ABC network and syndicated content produced by WXOW however, it has its own local news-bulletins, exclusive on-air identifications, Sunday morning religious programming and commercials. WQOW shares master control facility and some of its internal operations with WXOW at its site. WQO is responsible for the norther portion of the La Crosse-Eau Claire market while WXOW rules in southern half. For ratings purposes the two entities are considered as a single whole. As of Sep 2010, both the sisters are offered by Dish Network and DirecTV.

The launch of the station dates back to March 7, 1970 when WXOW was launched as a semi-satellite of Madison-based WKOW-TV. Prior to that ABC content in the area was reduced to off-hours clearances on WKBT affiliated with CBS and WEAU, an NBC affiliate in the market. The Western Wisconsin audiences depending on their location could receive all of ABC’s content through KAUS, KMSP or WKOW.

During its first ten years of operations, WXOW UHF signal was quite weak in Eau Claire at its best as its transmitter was installed in Minnesota. The Chippewa Valley finally started receiving the robust signal after the arrival of cable service in mid-70s. On Sep 22, 1980, WKOW in order to tackle the signal and reception, WXOW signed on WQOW as its full-time rebroadcaster. WBCZ came under the operations of WXOW and WQOW in 1988. The WB affiliate could be received on most cable systems in Eau Claire ad La Crosse on Ch 15. WXOW in Sep 2002 became the maiden service in the La Crosse area to broadcast on UHF Ch 14. A new second digital sub-channel was launched in the fall of 2006 to replace WBCZ. On Feb 17, 2009, WXOW turned fully digital on Feb 17, 2009. It moved to Ch 48 after initial digital allocation on June 11, 2009 for more higher signal strength.

Following the launch of WQOW, the station started sharing the simulcasts of the channel. The syndicated programming of the channel includes Live with Kelly and Ryan, The Doctors, Inside Edition, Dr. Phil and Rachel Ray. Wisconsin and Minnesota news, Weather, Sports updates, contests, Eau Claire and La Crosse Community new and events and more is available online. Follow the station on Facebook, Twitter and Instagram. Here is the website: https://wxow.com/