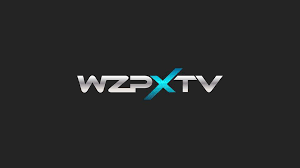 WZPX-TV is an Ion TV O&O channel launched on Oct 11, 1996 and broadcasting in Grand Rapids-Kalamazoo-Battle Creek markets. West Palm Beach, Florida company formerly known as Paxson Communications operates its service form studios and offices located on Horizon Drive on the southeastern side of Grand Rapids with a transmitter installed on South Norris Road in Orangeville Township. Until 2019, the transmitter was set up in Vermontville Township in western Eaton County.

WZPX went on air as WJUE on Oct 11, 1996 as a Paxson Communications TV while having secondary linkages with UPN. Horizon Broadcasting Corporation was the original license-holder of the television; the company was later bought by Paxon Communications. Paxson due to FCC restrictions had to operate WJUE as a via an LMA: Local Marketing Agreement. The calls of the channel were changed to WILV under the Paxson’s ownership. WILV became a charter Fox affiliate on Aug 31, 1998 and was renamed as WZPX-TV. It became a secondary affiliate of The WB on Oct 6, 1999 after United Paramount’s Network turned its head towards WXSP-CA.

Carrying WB, UPN and Pax TV, WZPX would face difficulty in offering prime time content on weekdays as all the three-network showed up well with primetime lineup. As a result, UPN’s and The WB’s primetime content was put on a hold and broadcasted later after a delay. It would switch the programs of the three different networks following a brief announcement in between. Despite having signal interference form WPXD, Lasing-area cable providers offered WZPX on their systems as its over the air signal was closer to Orangeville Township.

Following the closure of The WB on Sep 17. 2006, it became an exclusive Ion O&O service. The CW and MyNetworkTV moved to WXSP-CD and WWMT subchannels. It dropped its analog signal in favor of digital broadcasts on Nov 1, 2008. Criminal Minds, Law & Order, Chicago P.D. and The Listener are the notable programs produced by WZPX. Find the Ion TV on Facebook, YouTube, Instagram and Twitter. Here is the website: https://iontelevision.com/