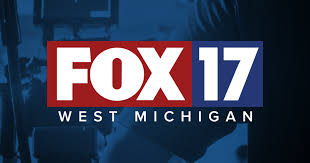 WXMI owned by E. W. Scripps Company is a Fox affiliate airing in Grand Rapids, Michigan. The channel serves Grand Rapids-Kalamazoo-Battle Creek market and has studios located on Plaza Drive on northern side of Grand Rapids. Its transmitter is installed southwest of Middleville.

WXMI went on air on air on March 18, 1982 as an independent service with call letters WWMA under the original ownership of Heritage Broadcasting Company. Almost a year after signing on, the calls were changed to WXMI on Aug 14, 1983. It became a Fox affiliate in 1987and joined the network formally on April 9, 1987 as Fox extended its programming to include primetime content. The stock of the channel was purchased by a NY-based company run by Robert Dudley called Odyssey Television Partners. 9 years later the channel was acquired by Emmis Communications of Indianapolis.

Sinclair Broadcast Group who showed interest to buy the channel on May 8, 2017 couldn’t seal the deal when Tribune on Aug 9, 2018 filed a breach of contract lawsuit and eventually cancelled the deal.

When Nexstar Media Group bought Tribune at the end of 2018, E.W. Scripps Company came forward to acquired Nexstar; the deal consummated on Sep 19, 2019. The channel completed digital transition on June 12, 2009 but remained on its pre-transition UHF ch 19.

The Steve Wilkos Show, Dateline, The Mel Robbins Show, Modern Family, Daily Mail and Maury are the syndicated programs offered by the channel. It presently airs 68.5 hours of locally produced news-bulletins each week with 11.5 hours weekdays and 5.5. hours on Sat and Sun each. Fox 17 Morning News is the main news bulletin of the station. You can watch the channel online for the latest news, weather and sports updates, videos, features and more. Follow WXMI on Facebook and Twitter. Here is the website: https://www.fox17online.com/