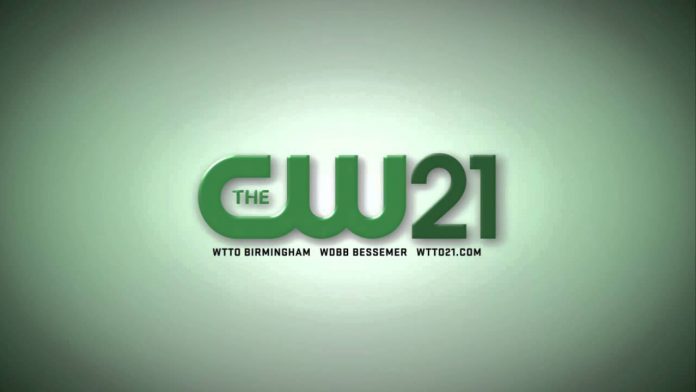 WTTO is a Birmingham based station licensed to Homewood and owned by Sinclair Broadcast Group. The Channel 21 established on Nov 6, 1979 is stationed at Riverchase office park on Concourse Parkway while transmitter is maintained at Red Mountain. WMBA-LD and WABM are the siblings of the MyNetworkTV affiliate. WDBB is the permanent broadcast relay station operating form Bessemer and owned by Cunningham Broadcasting while Sinclair manages the station under a time brokerage agreement. WDBB has its transmitter at east of State Route 69. The repeater throws the programming of The CW station to west-central Alabama.

The UHF broadcaster was originally assigned to Gadsden; DuMont Television Network WTVS the first channel to operate in the area in 50s. The dial then transferred to WCRT owned by Chapman Radio and Television Company. WTTO hit the airwaves on April 21, 1982 under the ownership of Chapman Family Television. The original studios were maintained near its transmission tower near the Goldencrest area.

Arlington Broadcasting in 1983 acquired the station from Chapman Broadcasting and sold it to HR Broadcasting later in 1987. The sole independent station in central Alabama faced a competitor in the form of Tuscaloosa-based WDBB from west-central part of Alabama after two years of its operation. Parent of HR Broadcasting Co., Qintex Entertainment divested its interest in HR Broadcasting to ABRY Communications in a deal worth USD 40m. WDBB and WNAL, the competitors of WTTO were acquired by Abry in 1993 and were turned into fulltime satellites of the latter. It by 1994 became one of the highest rated Fox affiliated station in United States and beat WBMG, affiliated with CBS as the 3rd highest ranked channel in central Alabama. Abry Communications dissolved into Sinclair Broadcast Group in 1994.

Separation with Fox and time as The WB Affiliate

WTTO along with its sister WDBB affiliated with The WB Television Network on Feb 2, 1997 and rebranded itself as WB 21.

Affiliation with The CW

WTTO as a primary CW affiliate carries entire network programming. The Syndicated aired by the channel include The Andy Griffith Show, Two and a Half Men, Modern Family, Hot Bench and The Big Bang Theory.

Modern Family: Modern Family launched on Sep 23, 2009 by ABC is a family sitcom which revolves around the lives of Jay Pritchett and his family.