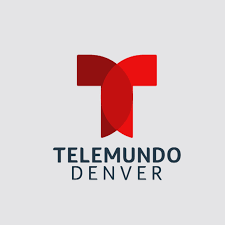 KDEN-TV: Ch 25 is a Telemundo O&O station operating in Denver, CO. Licensed to Longmont area the channel is owned by NBC Owned Television Stations, a division of NBCUniversal. The studios of the station are maintained on East Dry Creek Road in Centennial while transmitter maintained atop southwestern Weld County.

KDEN on aired for the first time on March 31, 1997 under the ownership of its founder Longmont Broadcasting. With the sale to NBC Universal on Jan 19, 2006, it became NBC’s second O&O station in the Denver market after KCNC-TV which remained under the network until 1995. It was the 17th Spanish language service in the market.

KDEN signed affiliation with Telemundo on March 6, 2006 which would source the repeaters of Steamboat Springs-based KMAS-TV, KMAS-LP and KSBS-LP before accepting KDEN. Following the acquisition of channel by NBC Universal, the network donated its license and transmitter to Rocky Mountain PBS which changed its calls to KRMZ. The low-power translator KSBS-LP was released to Denver Digital Television while the network retained KMAS-LP and converted it into a digital service in 2012 after shifting it to Ch 33 in 2008.