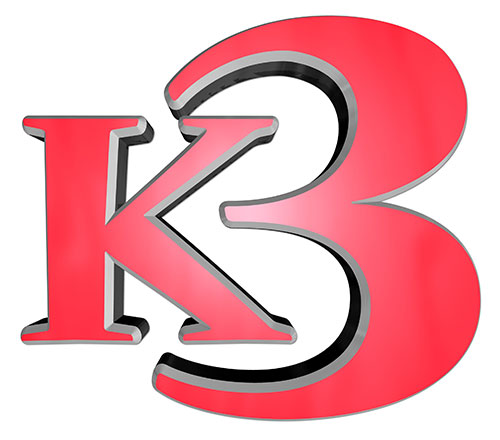 KCDO-TV Denver: K3 Colorado, is an independent station serving Denver, CO since 1963. License to Sterling the service is owned by Newsweb Corporation with its studio facilities maintained on South Jamaica Court in Aurora. The transmitter of Channel 3 is set up in rural southwestern Morgan County. K39KL-D, KLPD-LD and K22JL-D are the broadcast relay stations of the channel used to throw its signal into Akron, Denver and Peetz. Its fill-in digital translators are also active in Kimball, Nebraska. Comcast Xfinity carries the channel in Denver and across Northern Colorado.

History of CH 3 before Launch

The VHF Ch 3 position was originally used by KDZA-TV after its launch in 1955 as DuMont Television Network. The Pueblo based station along with its sister radio service KDZA 1230 AM received its content from Denver though a microwave relay. A relay transmitter in Black Forest was employed for the work.

KCDO-TV was initially launched as KTVS on Dec 18, 1963 under the ownership of Star-Chieftain Publishing Corporation who bought the VHF Ch 3 slot’s license and shifted it to Sterling. A while later it was shifted to McCracken family who owned KFBC-TV in Cheyenne linked with CBS.

Newsweb Corporation in Sep 1999 purchased Benedek Broadcasting asset: KTVS with a plan to convert it into a rebroadcaster of KTVD linked with UPN in Denver. By coming under the Newsweb’s ownership it became one of the very few satellite stations whose existence predate its original station; KTVD signed on air in April 1988. The calls were chaned to KUPN on Jan 8, 2002 and reflected the change in ownership. CTTC in June 2006 released the KTVD to Gannett Company but kept KUPN making it an affiliate of America One. It changed its calls to KCDO on July 21, 2008 and in order to augment its signal strength and coverage, the company requested Federal Communications Commission to build a new transmitter facility in Southwest of Fort Morgan. In Jan 2010, the construction of the new transmitter was completed. KCDO was picked up by Dish Network in Dec 31, 2008 for carriage in Denver market. DirecTV put it on its lines on Jan 28, 2009. It then got affiliated with Retro Television Network in 2009 which it dropped on Nov 1, 2010and became an independent station to further emphasize on its locally produced content.

Family Feud, Who Wants to Be a Millionaire, Impractical Jokers, The Jerry Springer Show, and Cheaters are some of the notable syndicated programs carried by the station.