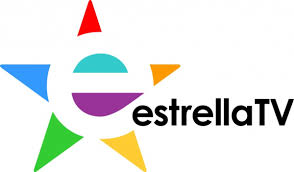 KETD-TV is a Denver-based station launched on July 1, 1990 and operated by Estrella TV. Liberman Broadcasting has the ownership to the channel. It is housed on East Jamison Circle in Englewood while transmitter is installed on Mount Morrison in western Jefferson County.

KTED initially went on air as KWHD on July 1, 1990 and was originally owned by LeSEA Broadcasting. In the beginning, it would air a mix of religious (evangelical) content and syndicated programming aimed at families including sitcoms, movies, westerns, cartoons and other stuff. Christian content was produced almost whole day with windows middling to fill entertainment stuff. It by 2008 claimed to be only fulltime non-affiliated service in the state of Colorado and broadcasted 40% of secular and local sports programming while remainder 60% counted for religious programming block.

LeSEA on Jan 28, 2010 revealed its plans to release its assets to Liberman Broadcasting. Liberman on June 1, 2010 shifted the asset under the umbrella of its subsidiary Estrella TV and subsequently changed the call sign to KETD. Also, complying with the deal, KETD offered its second digital sub-channel to LeSEA to carry its broadcast operations.

You can watch KETD online for the Spanish language entertainment programming. Here is the website: www. estrellatv.com.