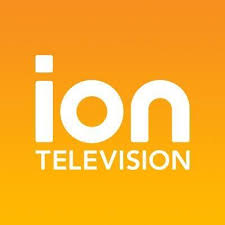 KPXC Ch 43 launched on Sep 2, 1987 is an Ion O&O station serving Denver, CO. It is headquartered on South Jamaica Court in Aurora with transmitter installed in rural southwestern Weld County, east of Frederick. Comcast Xfinity and CenturyLink are primarily the carriers of the service on Ch 17 and Ch 68 respectively.

KUBD went on air on Sep 10, 1987 as an independent service that would borrow financial news programming from FNN: Financial News Network during the daytime while produced general entertainment stuff at nighttime. After remaining non-affiliated for two years, the station in 1989 signed an affiliation with Telmundo to enter the Spanish markets. It had to drop business programming upon Financial News Network’s merger with CNBC two years later. The service was then sold to Christian Network Inc. owned by Bud Paxson in 1995.

KPXC-TV were the new calls incorporated on Feb 2, 1998 as it became a charter affiliate of Paxson-created Pax TV when the network premiered on Aug 31, 1998. It then got its hand on the broadcasting rights of NHL games of Colorado Avalanche in 2001. Ion the forerunner of Paxson in Dec 2014 announced to donate its LP broadcast relay station KPXH-LD in Fort Collins to Word of God Fellowship. As part of JSA in Sep 2001, KPXC now get the tape delayed rebroadcasts of KUSA-TV owned by Gannett. You can watch the news and entertainment shows online. Here is the website: www.iontelevision.com