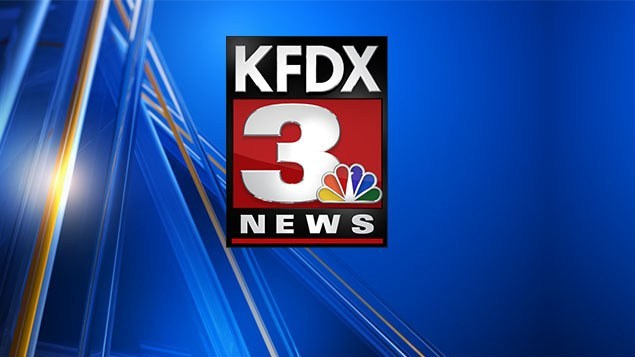 KFDX launched on April 12, 1953 is an NBC affiliate active in Wichita Falls, Texas and Lawton, Oklahoma markets (western Texoma). Nexstar Media Group is the owner of the television that also has ownership over Wichita Falls-based KJTL licensed to Fox and LP service KJBO-LP – operated via SSA and JSA – owned by Mission Broadcasting. The trio are stationed near Seymour Highway and Turtle Creek Road in Wichita Falls which also hosts KFDX transmitter. K41HQ-D, K29LJ-D, K27HM-D and K25JO-D are the repeaters of the channel operating in Quanah and Altus. Fidelity Communications and Charter Spectrum are the cable carriers of the television.

Slogan: The Spirit of Texoma | Local. In Depth | Your Local news

The construction permit and license for Channel was approved by Federal Communications Commission on Dec 19, 1952. KFDX-TV were the calls allotted to Wichtex Radio; the company already operated KFDX 990 AM (now KFCD) established in Nov 1947. The channel hit the waves on April 12, 1953 and aired People from Here and There as its maiden broadcast. It was third television to broadcast in Wichita Falls-Lawton area after KWKT and KSWO.

The channel was acquired by Clay Communications of Charleston, WV for USD 5.05m on Jan 28, 1971. Clay in turn released asset and its four siblings to Price Communications on April 30, 1987; the deal was approved by Federal Communications Commission on June 23, 1987. Nexstar Broadcasting Group on Jan 12, 1998 purchased KFDX, KSNF and KBTV form US Broadcast Group for USD 64.3m. KFDX-D2, DT3 and DT4 are digital sub-channels of the television. It dropped analog signal to switch to digital transmission on June 12, 2009.

The channel clears almost all of NBC schedule and broadcasts a range of syndicated program including The 700 Club, Entertainment Tonight, Dr. Phil, Inside Edition and Judge Judy. It presently broadcast 22 hours of local news-bulletins each week with 4 hours on weekdays and 1 hour each on Sat and Sun. You can watch news, weather and sports, H.S. Sports, community events, lifestyle and entertainment programs and contests online. Find the Fox affiliate on Facebook Twitter, YouTube and Instagram. Here is the website: https://www.texomashomepage.com/