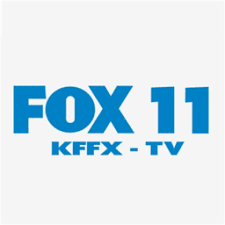 KFFX-TV launched on Jan 11, 1999 is a Fox and Telemundo affiliate operating in Tri-Cities in Washington. Owned by Northwest Broadcasting the studios of the channel are located on Clearwater Avenue in Kennewick with transmitter installed in Umatilla National Forest. KCYU-LD is a low power semi-satellite of the Fox affiliate broadcasting on Ch 41 in Yakima. It rebroadcasts the channel most of day times. However, differs with the main channel in legal identifications and adverts. The satellite is available on Dish Network while KFFX can be accessed using DirecTV subscription.

Watch KFFX-TV live streaming from Yakima, Washington to get latest news, weather and sports updates. Wait as the stream loads.

KFFX first signed on air on Jan 11, 1999 and was called KAUP; the callsign was changed to KFFX on April 25, 1999. It was the maiden full-power service in the area to have been remained UHF initially. It was also first of its kind in Tri-Cities market to not have a rebroadcaster in Yakima. KFFX replaced KBWU-LP: Ch 66 as an LP semi-satellite of KAYU in Spokane area. KBWU-LD is now serving as the repeater of the Fox 11. It was originally owned by Communication Properties and operated by Northwest Broadcasting under an LMA. On Jan 14, 2003, Northwest outrightly acquired the service after the approval of Federal Communications Commission. In process to comply with FCC’s regulations Northwest transferred its Wala Walla station KBKI to Pappas Telecasting, a full power service. KFFX switched to digital mode on Feb 17, 2009. It was holding a digital sub-channel This TV since April 2009 but was replaced with Telemundo in 2016. The three current repeaters of the channel are KBWU-LD, K38KL-D and K19BY-D.

Beat Shazam, So You Think You Can Dance?, Spin The Wheel, What’s Your Emergency?, Master Chef, First Responders, Good Day and Mr. Food are some of the notable programs. You can watch Tri Cities and Yakima local news, weather and sports updates, traffic cams, school closures, videos, contests, featured stories, community events and more. Find the service on Facebook and Twitter. Here is the website: https://fox41yakima.com/