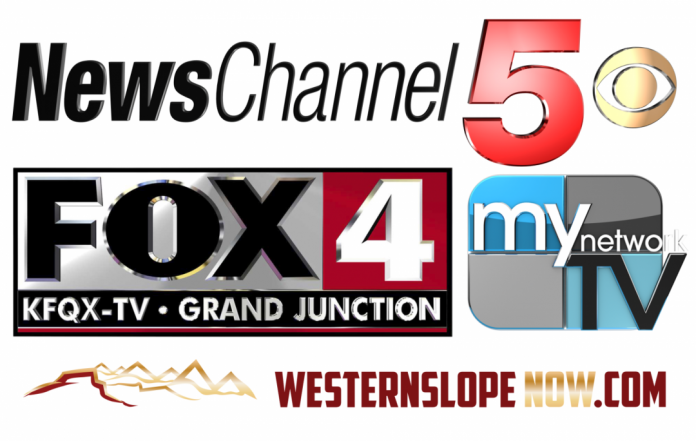 KFQX branded as Fox 4 is a Fox affiliate broadcasting in Grand Junction, CO and Colorado’s Western Slope region. Established since Feb 1993, the channel is owned by Mission Broadcasting and is operated by Nexstar Media Group under SSA: shared services agreement; the Group also claims ownership over KREX, affiliated with CBS and KGJT-CD affiliated with MyNetwork TV. Fox 4 is stationed on Hillcrest Avenue in downtown Grand Junction while transmitter is installed at Black Ridge electronics site at the Colorado Monument.

Launched on June 17, 2000, the channel initially produced delayed rebroadcasts of KREX’s news-bulletins. It started simulcasting news programming borrowed from Denver-based KDVR in 2005. At present the simulcasts consist of a 3-hour weekday morning newscast, a weeknight newscast and a nightly primetime newscast. Some weekday newscasts are also brought in from KREX at noon. Gray Television on Nov 20, 2013 announced its purchase of KFQX and KREX. On Dec 19, 2013 Gray revealed the channel was sold to Nexstar Broadcasting Group; the deal was approved by Federal Communications Commission on Feb 27, 2017 and completed on March 31, 2107.