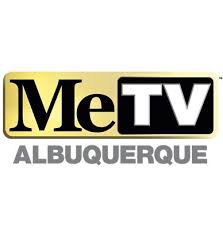 KRTN-LD is a Low-power station based in Albuquerque, New Mexico owned and operated by Ramar Communications. It is currently affiliated with MeTV and broadcast in HD on Ch 39.1. Ramar on Jan 18, 2017 took control of KASA, the ex-Fox affiliate is now a Telemundo station.

Watch KRTN-LD live streaming from Albuquerque, New Mexico for the classical dramas and movies. Stream may take a moment to load.

KRTN-LD hit the waves in summer of 1994 as K56FB. Ch 56 aired musical content of the music video network: The Box. The network was acquired by Viacom which in order to realign it with its existing famed-brand MTV, relaunched it as MTV2. The network carried the station for about 1.5 years before dropping it in 2002 after the expiration of the contract. After that KTEL-LP would rebroadcast the programming of Jewelry Television for two years. The affiliation ended in 2009 but was resumed in Fall of 2013 through a digital sub-channel. It moved to Ch 56 in Fall of 2007. The station previously maintained its position as a satellite of Telemundo in Durango and was called KTLL-TV.

The channel in Nov 2008 entered an agreement with Retro Television Network: RTN to produce reruns of Classic TV shows. The call signs of the two sisters were changed to KRTN-TV and KRTN-LD to signify their affiliation with RTN. Aug 2011 marked the addition of MeTV to air shows like The Mary Tyler Moore Show, M*A*S*H, Cheers and Hogan’s Heroes. And finally in July 2015 it started carrying programming from Buzzr. The station upgraded its signal strength form 8.4 kW to 15 kW in Oct 2014.

KRTN is the full-powered repeater of the channel that serves Durango, Colorado on Ch 33. It is also carried all across Colorado through DirecTV and Dish Network. A 30-min local community show: Durango TV is also included in the lineup that is mixed with the adverts from business in Durango and Albuquerque. Apart from its own sub-channels, the Low power station is also carried by the sub-channels of KTEL-TV, K47MQ and KUPT in News Mexico.