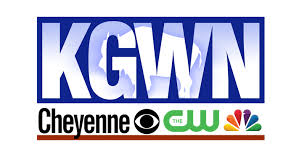 KGWN TV launched on March 22, 1954 is a Gray Television Station affiliated with CBS and originally licensed to Cheyenne, Wyoming. The transmitter of the station is installed in unincorporated Laramie County with studios located on East Lincolnway in Cheyenne. K19FX-D is the digital translator of the service operating in Laramie with transmitter in Albany County.

It operates an NBC affiliate: KCWY-DT on its second digital sub-channel; KCWY based in Casper is an NBC affiliate for the most parts of Wyoming and holds a LP satellite KCHY-LP in Cheyenne branded as NBC Cheyenne. The Sub-channel 5.2 shares simulcasts of KNEP based in Scottsbluff, Nebraska, a semi-satellite of North Platte-based KNOP. It airs a CW affiliate on its 3rd digital sub-channel branded as Cheyenne CW which is available on Charter Spectrum in Nebraska on Ch 18 and in Wyoming on Ch 2.

KSTF manages a semi-satellite of KGWN in Scottsbluff with a transmitter maintained along N-71. It airs separate legal ID’s and commercials during its simulcasts of KGWN. KSTF has master control and internal operations based out of Cheyenne facility with an advert sales office on North 10th Street/N-81 Business in Gering, Nebraska.

Catchphrase: Your Station | Your NBC Station

KGWN-TV traces its history back to March 22, 1954 when KFBC-TV was launched on VHF Ch 5 under the ownership of McCraken family which owned Wyoming Eagle and Wyoming State-Leader Tribune; later consolidated and registered as Wyoming Tribune Eagle. It also had ownership over KFBC 1240 AM. It maintains its status as Wyoming’s oldest television service and was for 30+ years the only commercial stations in the eastern part of state. Being the sole commercial station, it despite being a primary ABC affiliate initially, shared programming of all four major networks of that time including ABC, CBS, NBS and DuMont and that too in the small market of Cheyenne. It was unusual for a television station, the only in the market to sign with the smallest and weakest of all networks in a market too small however, the affiliation of KFBC 1240 AM was a key reason for its affiliation with the junior network. McCrackens in 1972 had to sell its television assets to Wyneco Communications, when Federal Communications Commission cracked down on the idea of owning sole newspaper, radio station and TV station in the city. Under the new ownership, the calls were changed to KYCU-TV and the service parting ways with NBC shifted its loyalties to ABC as its primary affiliate on July 11, 1976.

Wyneco then released their asset to Burke Broadcasting in 1983 and the channel switched to CBS as primary affiliate while signing its secondary affiliation with NBC as KOTA replaced KYCU as ABC affiliate in June 1984.

Burke then in 1986 sold the duo KYCU and KSTF to Stauffer Communications who changed its calls to KGWN in 1987. It eventually dropped all of NBC programming under the new ownership in 80s while also ruling out any of ABC’s programming by 1988. Upon the merger of Morris-Stauffer in 1996, most of the company’s (Stauffer) assets including KGWN went under the ownership of Benedek Broadcasting. However, the company declared bankruptcy in 2001 to eventually merge with Gray Television while KGWN was purchased by Chelsey Broadcasting which passed it to SagamoreHill Broadcasting.

SagamoreHill Broadcasting announced its sale of KGWN/KSTF in May 2013 to Frontier Radio Management subsidiary Yellowstone Holdings which was later acquired by Gray Television in Nov 2013. The acquisition regrouped man of KGWN with many of its former siblings under the ownership of Benedek. Until the deal sealed local KGWN was operated by Gray under an LMA: Local Marketing Agreement; the deal consummated on Dec 31, 2013.

Channel 5 is the only TV station that employs a full-fledge news department in Cheyenne. The current owner Gray on Jan 24, 2019 announced the consolidation of KCWY-DT and KGWN-TV news operations under the branding Wyoming News Now by April 9, 2019. Following the implementation of the decision, KGWN will only hold 5:30 pm Cheyenne- exclusive news-bulletin while the rest of newscasts will be simculcasted versions on KGWN produced by Caper-based KCWY. CBS5 NewsChannel can be watched online for latest Cheyenne local news, weather and sports updates, community events, health and lifestyle programming and more. Find the station on Facebook and Twitter. Here is the website: https://www.wyomingnewsnow.tv/