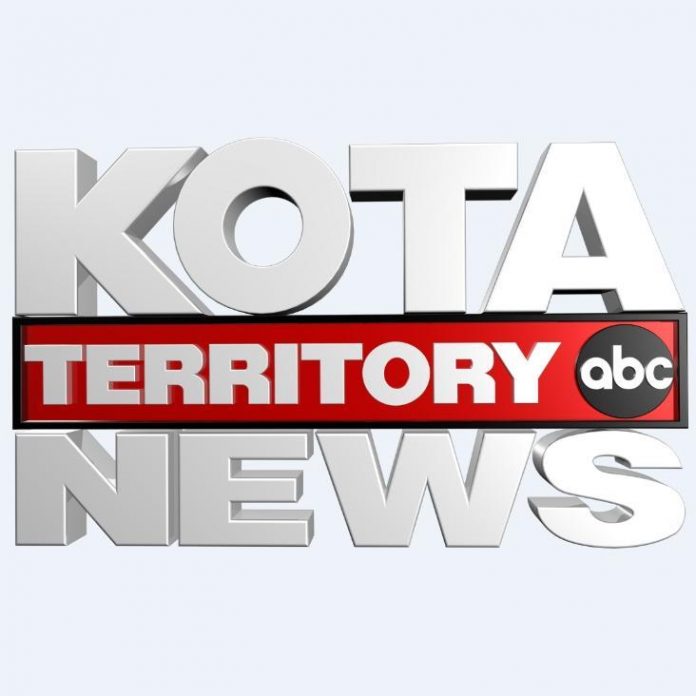 KOTA Territory News aka KOTA-TV is an ABC affiliate in Rapid City that is owned by Gray Television. KEVN-LD, a LP Fox affiliate broadcasting on Ch 7 is the sister of the station. The two siblings share space for studio and transmitting facilities on Skyline Drive in Rapid City. KHSD-TV in Lead South Dakota, and KSGW-TV in Sheridan, Wyoming with transmitters installed in Spearfish and Bosin Rock respectively are the broadcast relay stations set up by KOTA. The Channel 3 covers a wide territory which it calls KOTA Territory in South Dakota, Eastern Wyoming, Nebraska and Montana.

KOTA-TV signed on air on Jan 21, 1958 as KRSD-TV and was originally owned by Heart of the Black Hills Broadcasters which also owned KRSD Radio 1340 AM. Following its launch it signed primary affiliation with NBC while the original KOTA-TV at that time was linked with ABC. KRSD-TV in Jan 1960 launched a satellite KDSJ-TV as they already operated KDSJ 980 AM in neighborhood of Deadwood.

Due to it continuous troubles with technical operations also assessed by Federal Communications Commission, NBC in Sep 1970 separated from KRSD-TV. KRSD then went on to join CBS while original KOTA-TV picked up joint-primary affiliation with NBC and ABC.

Federal Communications Commission in 1971 found KRSD and KDSJ to be out of compliance with technical standards of the authority and overrode the decision of its hearing examiner for the least renewal of one year and annulled any renewals at all. The commission noted that the two stations have been working with deteriorated signal since 1965. In light of its observations and flagrant non-compliance, KRSD became the first station in South Dakota to be hit by FCC which canceled the licenses of the sisters on Dec 31, 1971. A denial on appeal reinstated the decision in July 1972 however, the channel found out its way to remain on air for the next four years using a special temporary authority.

In April 1975 new construction permits were attained by Dakota Broadcasting Company for the Rapid City and its Lead-based rebroadcaster on Ch 7 and Ch 5. The call KVEN-TV and KIVV-TV were allotted to Ch 7 and Ch 5 respectively in Nov 1975. As Heart of Black Hills had already pulled KDSJ and KRSD for good on Feb 29, 1976, Dakota Broadcasting announced their plans to launch the service on July 6, 1976. The stations (KEVN and KIVV) hit the waves to replace Black Hills channels as ABC affiliates in the market. The original KOTA meanwhile ended its joint-primary affiliation with NBC and ABC and opted for primary NBC affiliation while sharing the secondary link with CBS.

In June 1984 NBC removed KOTA and allowed KEVN to become its new affiliate. KOTA in response adopted KEVN left ABC affiliation. Dakota in 1985 released its assets i.e. the combo of KEVN and KIVV and KDLT to Heritage Communications which was later spun off to Heritage Media.

Heritage then announced the sale of its assets to Blackstar, LLC in Sep 1995; the deal consummated on Feb 7, 1996. Blackstar in which nonvoting equity interests were maintained by Fox, announced that KEVN would outright drop NBC in favor of Fox; the decision was implemented in July 1996.

Silver King Communications, the forerunner of USA Networks via its subsidiary USA Broadcasting purchased Blackstar, LLC in 1998. KEVN filed for Chapter 11 Bankruptcy in Nov 2003 to bar its major creditor Finova Capital Corp from taking control of the service; it emerged from bankruptcy by July 2005. The channel was rebranded as Black Hills Fox as it dropped the 11 years old KEVN Fox 7 branding. On May 1, 2014 KEVN and KIVV were acquired by Gray Television from Mission TV, LLC for USD 7.75 m.

Gray then also purchased Schurz Communications’ assets including KOTA and its satellites in the latter part of 2015 and released most of KOTA assets while merging its operations with KEVN which would inherit the ABC affiliation previously carried by KOTA. On Feb 1, 2016, Gray realigned KEVN to Ch 23 and converted it into KEVN-LD while it original slot of Channel 7 was replaced by KOTA-TV. While the original KOTA-TV is now KHME, a MeTV affiliate.

It at present broadcasts 9.5 hours of locally produced news-bulletins per week with 1.5 hours on weekdays and 1 hr each on Sat and Sun. It is one of the few Fox affiliates that carry 6pm newscast. Audiences can watch KOTA-TV online for Rapid City local news, weather and sports updates, community events, contests, lifestyle programming and more. Follow the station on Facebook and Twitter. Here is the website: www.kotatv.com/