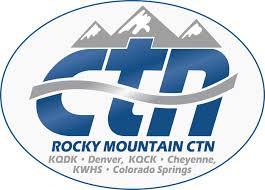 KQCK O&O by CTN is a television station broadcasting from Cheyenne, Wyoming and serves Denver, Colorado. Owned by Christian Network, the network is operating since Aug 28, 1987. Its studios are located on East Lincoln Way in southeastern Cheyenne with transmitter installed on Horsetooth Mountain, outside Fort Collins. KQDK-CD is the translator used to relay its signal in Aurora, CO via Ch 39. Brian Morris is the GM of the duo.

Watch KQCK live streaming in Denver, Colorado for the Christian programming. Stream may take a moment to load.

Rocky Mountain CTN went on air as KKTU on Aug 28, 1987 however, in the original license granted by FCC on Aug 14, 1985 was for KDBJ. KKTU originally broadcasted as a satellite of KTWO affiliated with NBC in Casper. Upon the launch of KKTU, Cheyenne became of the last markets to have full-fledge affiliations with big three in United States. It for time being had secondary affiliation with The WB. KCWY beat out KTWO to take NBC affiliation on Sep 1, 2003. KTWO would become independent service at that time but later signed with ABC. KKTU then signed with ABC and became ABC 8 to provide Cheyenne with an ABC affiliation. It changed its call sign to KDEV on May 31, 2005 with an intent to extend its operations to the neighboring Denver market. The news digital transmitter facility in light of the new plans was also constructed in Fort Collins which fell in Denver market.

The owner Equity Broadcasting Corporation on May 31, 2006 released KTWO to Silverton Media however, it kept KDEV only to enter into a LMA with Silverton which would then operate it as a broadcast relay station of the newly acquired KTWO. KDEV dropped the ABC affiliation and joined Retro Television Network; KKTU-LP became the new ABC affiliate. However, KDEV on June 8, 2008 started simulcasting KKTU-LP’s ABC content through its analog transmission and second digital sub-channel. It changed its calls to become KQCK nine days later on June 17, 2008.

A conflict between Equity and Luken Communications extended to the point in Jan 2009 that prompted company to pull all of its Retro Television Network programming from Equity owned stations including KQCK. RTN then welcomed KDCO-TV broadcasting in Sterling while KQCK opted for AMGTV before switching to SportsTV.

Valley Bank on April 16, 2009 purchased KQCK/KQDK-CA before transferring them to a group linked with Fusion Communications on Sep 9, 2009. KQCK in Jan 2010 joined VasalloVision, a Spanish language network and was purchased by Casa Media Partners in April 2012. It then switched its affiliation to MundoFox on Aug 13, 2012 but moved to Christian Television Network in late 2014. Casa on April 14, 2015 filed for Chapter 11 Bankruptcy and was purchased by Christian Television Network: CTN on June 30, 2017.