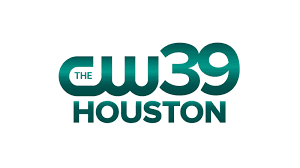 KIAH launched on Jan 6, 1997 is a Houston-based CW affiliate owned by Nexstar Media Group. The studios of the channel are located on Waterpark Tollway on the southwest side of Houston while transmitter is located near Missouri City in the unincorporated area of Fort Bend County. AT&T, Comcast Xfinity and U-verse are the cable carriers of the service.

KHTV went on air on Jan 6, 1967 as an independent service. Before the launch of the channel, the Ch 39 position was occupied by KNUZ-TV linked with DuMont; the network shutdown in mid 50s. WKY Television System owned the station through its division Oklahoma Publishing Company. It later became Gaylord Broadcasting in 1976 after releasing its flagship asset WKY-TV. It was Houston’s maiden general entertainment channel and broadcasted syndicated programs, sporting events, religious programs, movies, kids’ programs and more. The station was named as KHTV 39 Gold from 1983 to 1985. After the formation of The WB in 1993, channel 39 became a WB affiliate on Sep 20, 1995 and was sold to Tribune Broadcasting on Sep 18, 1995. It was then branded as Houston WB39. The calls were changed to KHWB on Sep 20, 1999.

The sale of KIAH to Sinclair Broadcast Group announced on May 8, 2017 fell through; the deal was terminated on Aug 9, 2018 by Tribune.  Irving-based Nexstar Media Group on Dec 3, 2018 revealed its plan to acquire Tribune assets; the sale was approved by Federal Communications Commission anon Sep 16, 2019 and consummated on Sep 19, 2019.