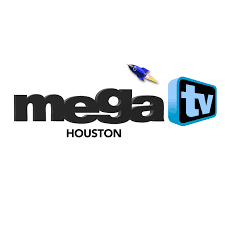 KTBU-TV launched on July 15, 1998 is a Mega TV affiliate broadcasting in Houston, TX. Licensed to Conroe the channel is owned by Spanish Broadcasting System. Studios of channel 33 are located on the northwest side of Houston with a separate studio near the intersection of Bellaire Boulevard and Boone Road. Its transmitter is located in unincorporated northeastern Fort Bend County near Missouri City.

KTBU went on air on July 15, 1998 under the ownership of Charles Down Johnson who held the channel through his company Humanity Interested media. It was later bought by Osteen family of Lakewood Church who in turn sold it to USFR Media Group. The independent service later on was named as Houston’s 55. At its onset the Mega TV affiliate carried syndicated content including general entertainment programs: classical movies, dramas, cartoons, and locally produced shows. Spanish Broadcasting System acquired the channel in May 2011 for USD 16m. With the new ownership in charge of KTBU, it got linked with Mega TV. On June 12, 2009, it dropped its analog signal and picked federally mandated digital transmission.