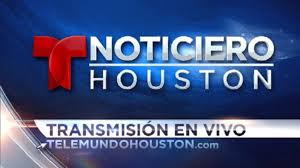 KTMD is a Houston-based Spanish language news station launched on Dec 7, 1987 and owned by NBC Owned Television Stations, a division of NBCUniversal. The studios of the channel are located on I-610 and Bevis Street on Houston’s northwest side while transmitter is fixed in the unincorporated northeastern side of Fort Bend County near Missouri.

KTMD established in Dec 1987, hit the waves on Feb 1, 1988 as a fulltime service airing on Ch 48 form its original transmitter site located east of Farm to Market Road 528 in Friendswood. Since its inception, the channel has been linked with Telemundo to serve the Spanish language audiences in United States. The analog signal transmissions in 2002 were shifted to Ch 47 to vacate Ch 48 for digital signal that dispersed from a new transmitter side in Missouri City. Another reason was the interference created by a Bryan station.

The switch completed on Nov 9, 2002. On June 12, 2009, it converted into a digital service by dropping the analog signal. The service has been serving Houston communities for last 25 years. Local news, informational programs, documentaries, sports, entertainment news, weather updates, movies and more is available on KTMD. KXLN-DT is the competitor of the channel linked with KXLN-DT. You can watch Telemundo affiliate online and follow it on Facebook, Twitter, Instagram and YouTube. Here is the website: www.telemundohouston.com/