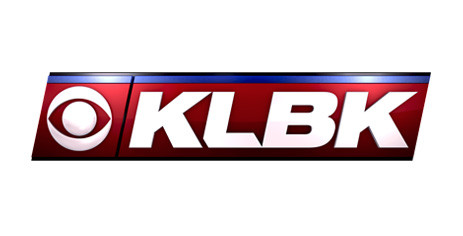 KLBK-TV owned by Nexstar Media Group is a CBS-affiliate broadcasting in Lubbock, TX. Launched on Nov 13, 1952, the channel also oversees the operations of KAMC linked with ABC under an LMA creating a duopoly with Mission Broadcasting station. The duo has offices and transmitters located on University Avenue in Lubbock. Sunddenlink is the cable carrier of the station.

KLBK went on air on Nov 13, 1952 as KDUB-TV under the ownership of W.D. Rogers, Jr. Channel 13 was the maiden commercial broadcaster in the Lubbock market. Rogers in the next couple of years would launch Abilene-based KPAR, Big Spring-based KEDY and Clovis-based KVER. The broadcasters under the same parent created Texas Television Network, the maiden regional network in the US.

It retained ABC as its secondary affiliate until the launch of KSEL-TV in 1969 (later KAMC) while also carrying DuMont until its closure in later 50s. KDUB was acquired by Grayson Enterprises in 1961 and the callsign was changed to KLBK-TV. The old calls: KDUB were then captured by Iowa-based KFXB-TV from 1976 to 1995. Grayson over the years bought a number of television assets including KVKM (later KWES) however, underwent renewal troubles for consistent periods in later 60s and throughout 70s. This resulted in the distress sale settlement involving minority-controlled groups. Grayson lost KLBK to Prima, Inc. Others assets under the West Texas Network umbrella were also released to different parties. KLBK was bought by Banam Broadcasting in 1993 which in turn sold it to Petracom Broadcasting in 1995.

Nexstar Broadcasting Group in 2003 emerged as the new owner of the channel after acquiring Quorum Broadcasting. It changed its logo and overhauled graphics on Feb 1, 2007 while also removing Ch no. from its on-screen branding. It assumed digital signal on Feb 17, 2009 but retained its pre-transition UHF Ch 40. KLBK hosts 17 hours of locally produced new-bulletins and hosts latest Lubbock news, weather and sports updates, weekly features, contests and more. Follow the station on Facebook, YouTube, Instagram and Twitter. Here is the website: https://www.everythinglubbock.com/